The app - for now - is very simple. It's still in a testing phase, but what we're looking at here likely represents something close to what we'll see at actual launch time.

As already stated above, the app is simple. But it isn't just simple in functionality - it's simple in design as well. This isn't so surprising given Google's new design approach and the fact that this app is meant to give you quick, easy information about your activities. The main screen is just a circle, counting up the various kinds of activities you've done that day, with a list and graphs available below. Right now, the activities are limited to walking, running, and biking. 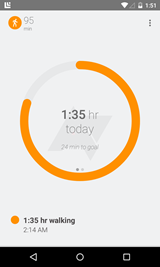 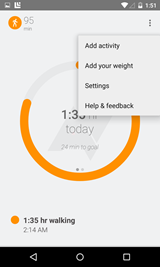 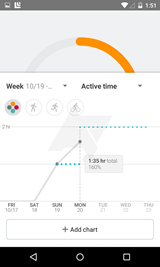 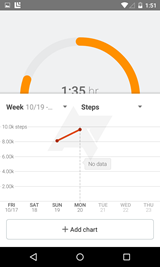 If you happen to do something while Fit isn't looking (either because you don't have your phone on you, or you aren't wearing a connected device), you can add it in manually through a super sparse interface. Users need only choose the activity type, duration, and any other relevant details, and hit save. Then once the info syncs, it'll be reflected in your circle on the front page. 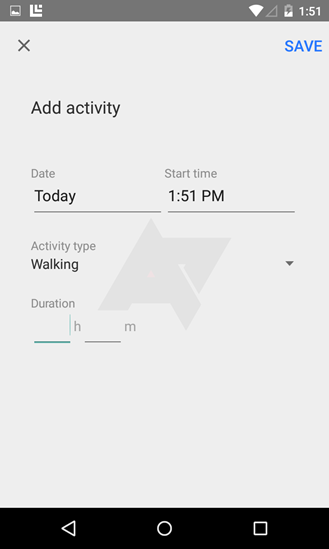 You can also tell Fit about yourself and set goals. This is accomplished in the settings activity, where you can enter height, weight, gender, and goals, and select units of measurement. You can enter a number of hours of activity or a step goal for now - both things that the Moto 360, for example, can already measure for you. Eventually, you'll be able to connect an Android Wear device to Fit as a sensor and connect compatible apps for their data, but that doesn't seem to be working just yet. 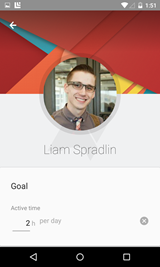 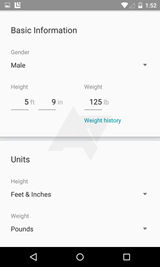 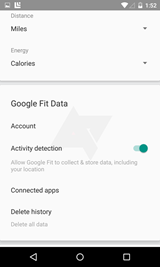 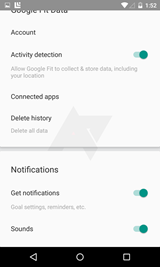 Really, that's just about it for Fit right now. As stated earlier, the app isn't 100% release-ready yet, but it's looking close. It will be exciting to see which apps ultimately hook into the service and what that will look like as Fit becomes a more robust platform.

Nexus 6 Will Come With 'Ambient Display,' Its Own Personalized Take On Moto Display