Ever since we first took a look at Motorola's Nexus 6 (and subsequently saw it leaked and finally announced) there's been a question about that blue and white icon in the dock. We learned directly from Google that it would be a new app called Messenger, that sounds like it will - for all intents and purposes - replace the AOSP messaging app that used to appear on stock devices. But Google didn't give up many details about the app, outside the fact that it would be "specially designed to be a quick and easy way to send and receive SMS and MMS messages on Android," with more information forthcoming.

Luckily, we are now able to share a look at the app itself and how it works. Since Messenger isn't actually released yet (the app is still in testing, though a leaked dump has seen it circulated), this will come with the usual disclaimer that anything can change before release time. But what we'll look at below represents the app as it is at the time of writing. 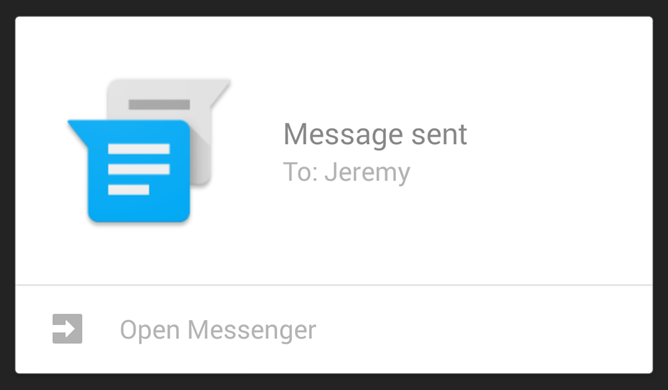 First up is the primary screen. It's got a "zen state" message just like Gmail for when your inbox is empty, but when you do have messages you can archive them with a simple swipe to the left or right. Like other instances where contacts appear, those without associated photos are represented by colored circles with the first letter of their name in white. 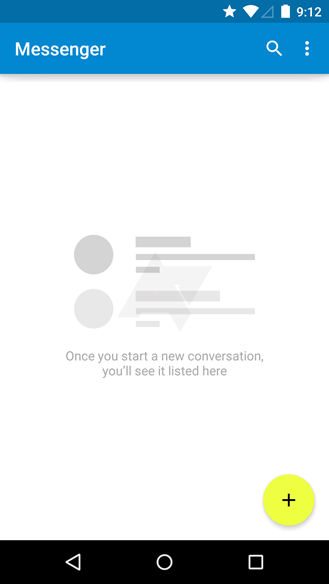 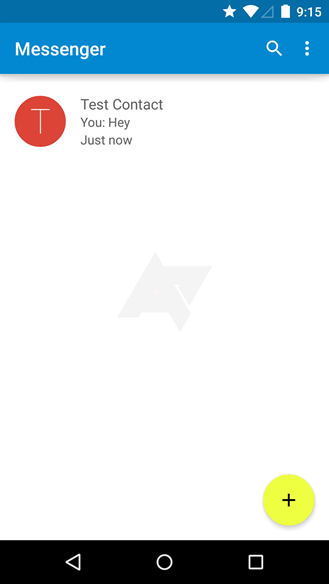 The interesting thing about these avatars, though, is their influence over the app's theme. If you are talking with someone who has a red circle avatar, your conversation with that person will be themed accordingly. The toolbar will be red, and the incoming word bubbles will be as well. The theming even carries over into that conversation's specific settings and the attach interface. 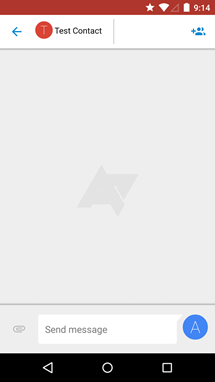 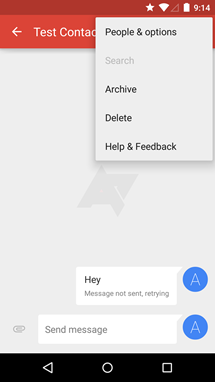 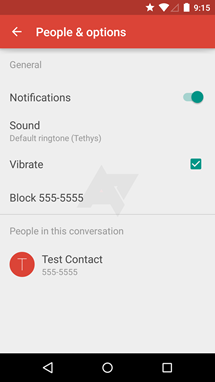 Speaking of the attach interface, you can attach photos or videos captured on the fly, an image or video from your gallery, or you can send a voice recording.

As you can see in the shots above, the functionality you'd expect is present. Group messages, the ability to search conversations, individual notification control, and more are all present.

As for the actual app's settings, they closely mirror the current AOSP messaging app's settings, except in Messenger, the only storage option is to delete old messages "when storage is low." Gone is the option to set a specific limit on how many messages can be kept in a conversation before the old ones begin dropping off. 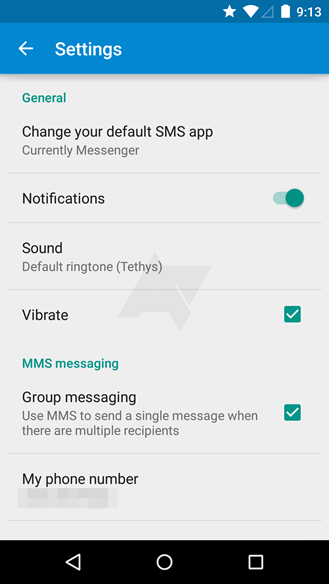 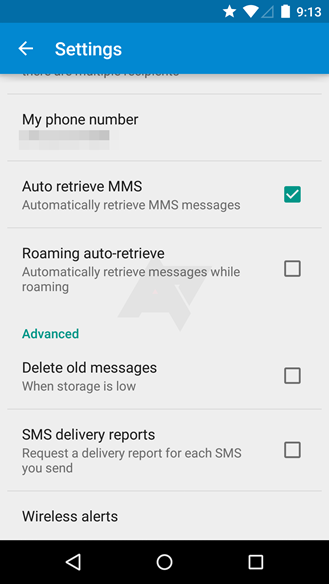 There don't appear to be many animations at this stage, but that's fine - this is a very basic app that does a few things in a really beautiful way without any extra flair. Users feeling burned by Hangouts' SMS integration will have no problem adapting to yet another means of SMS communication when Messenger is finally released with the new Nexus devices next month.