Not all of the changes to Android 5.0 Lollipop are meant to be seen by regular users, but that doesn't make them any less important. One of the core components of the operating system is about to break free from the shackles of firmware updates and join the Play Store and Google Play services in receiving automatic updates directly from Google. As of Android 5.0, the WebView component will be a distinct apk, allowing it to be upgraded separately from the OS. Not only will this ensure important security updates find their way to our devices, but it will also make new features and APIs available to developers of applications that rely on WebView.

For those who aren't familiar with WebView, it's a component developers can use within their apps to display web content without launching a separate web browser. WebView is incredibly useful and powerful when used in the right applications, but it has also gained a bad reputation from developers that bundle it with nothing more than a few web pages and some javascript, usually resulting in something much slower and less efficient than a comparable native app.

Last year, with the release of Android 4.4 KitKat, the WebKit-based WebView was abandoned in favor of Google's own Chromium project. While this was generally seen as a good move to improve security and functionality –albeit, with a few notable tradeoffs– it didn't resolve the bigger issue: that security patches were still tied to official releases of the OS. Since the vast majority of phones and tablets are dependent on updates from manufacturers, known bugs and security exploits continued to exist on current flagship devices for months, and may never be fixed on older devices. Just days after KitKat was released, the Chrome Developer team acknowledged the problem and their intent to move toward a system of regular updates.

Even Nexus devices, which receive Android updates directly from Google (usually) within days of a new release, are running outdated versions of WebView. The last official version of Android to update its version of Chromium was KitKat 4.4.3 in June, which moved to M33. (Note: M33 was already 6 months old at the time.) It's been 5 months since that update, and Chromium is up to M39. OEMs can always choose to update the WebView manually in their own firmware releases, but this is inconsistent, and still allows their devices to become outdated on a different version. 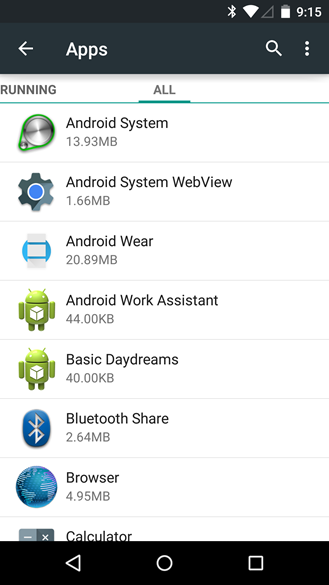 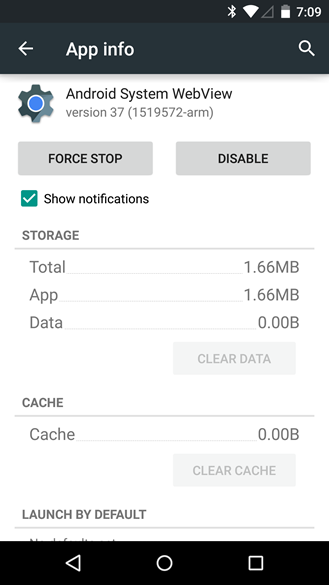 Devices running Android 5.0 will still include a version of WebView bundled as a system app, but it is now an apk that can be updated separately from the OS. It uses the same mechanism that automatically updates the Play Store and Google Play services, a process that happens in the background without relying on users to update manually. The implications of regular updates go beyond simple security fixes, but may also bring performance and usability improvements, and even open up new APIs for developers to use in their own apps that otherwise may never have come to older versions of the OS.

The Chromium-based WebView included with the recently released Lollipop Developer Preview is tagged M37, and includes support for WebRTC, WebAudio, and WebGL. This is still a little behind the current version, M39, released in September, but it may be updated for the official release. The open source Chromium project generally releases new versions about every 6 weeks, but rollouts may not happen immediately, depending on how testing is to be done prior to release. The important thing is that we'll always receive regular updates and never again have to worry about gaping security holes that have been around for months, or even years.

The FCC's Testing Report On The Nexus Player Is Finished, But It's Still Not Available For Pre-Order