We've been digging into some of the apps that come with the latest update for the ADT-1 Android TV device. Interestingly enough, some of these apps work just fine when side-loaded onto standard phones or tablets - it looks like they contain all the standard resources and layouts for both versions of Android. You can check out the changes for Google Play Movies & TV below - there are some notable ones for Chromecast users.

Like the other Google apps being updated in preparation for Android 5.0, Movies now has a fancy-schmancy Material Design logo. The old logo had a subtle Play Store-themed background, but version 3.4.23 uses the same slightly "folded" look we've seen from other updated apps. 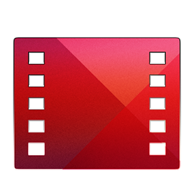 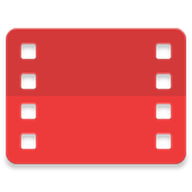 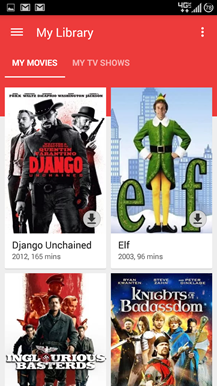 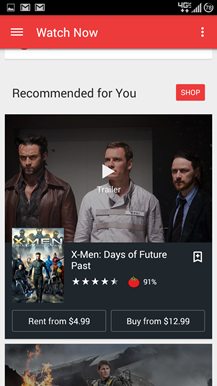 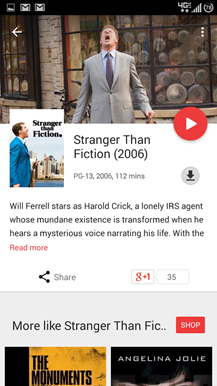 In addition to new Material Design standards all over the app, Google Play Movies & TV has some special additions just for Chromecast users. Now when casting a video to your TV, your phone or tablet acts as a second screen info display, showing the actors on screen at the moment above the progress bar and playback controls. 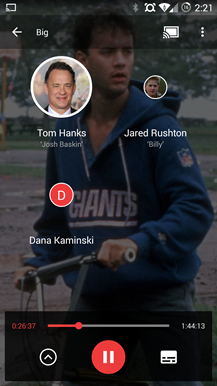 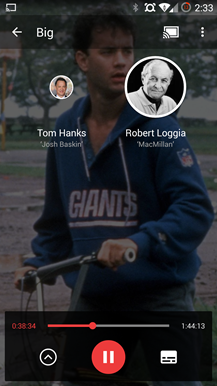 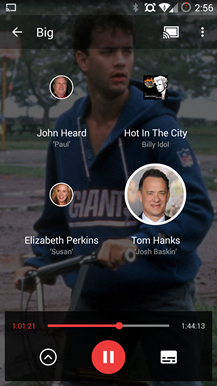 What's really cool is that when actors speak, their information bubbles automatically enlarge, then contract when another character starts to speak. Check it out in our screen record below:

Reader Francois Roy also shows off the functionality in his own video. Notice how the actor speaking will be highlighted even when he or she isn't actually on screen.

The information available via these bubbles is the same thing that's been shown in the Google Play Movies app on pause for a while now. With the latest update, users have access to it even without pausing... at least on Chromecast. Very cool.

While the rest of the app has been updated with subtle material design touches, the slide-out menu is a little odd. Compared to the one on the latest Play Store APK, it covers up the main action bar, removing the cool hamburger-back button animation and forcing users to use the navigation bar. It also uses a larger portion of the screen. This could be a simple problem with using the Android TV APK on phones and tablets, though if it is, it's the only major usability issue we've found so far. 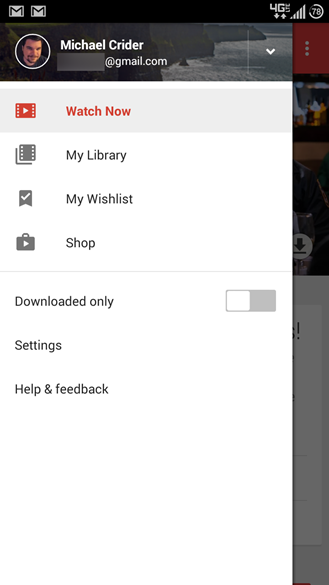 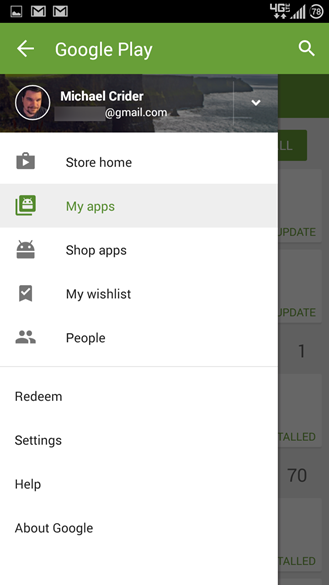 If you're worried about problems getting future updates, don't be: you should be able to uninstall these side-loaded APKs, downgrade to the "factory" version of Play Movies, and update via the Play Store when a conventional APK is posted.

Update by Artem: I confirmed that this APK crashes on KitKat when you try to pin a movie (meaning, when you try to download it) because it expects a method that isn't there to be there (something about coloring a notification). If you need pinning, don't install this version and wait for the proper one that didn't come from Lollipop.

Thanks, Dave and Francois!