The time has come for developers (and the more curious users out there) to get a better look at Android 5.0 Lollipop. The update comes not via an OTA of any sort, but as a new flashable system image that can be applied to the 2013 WiFi Nexus 7 or the Nexus 5. Start your downloading.

The new images have build number LPX13D and should be API-complete. That means developers will get the chance to test their Lollipop-compatible apps on something that closely mirrors the final version of Android 5.0. If you're flashing from KitKat, you definitely want to do the full wipe. You could maybe get away with keeping data intact coming from the L preview, but no promises. 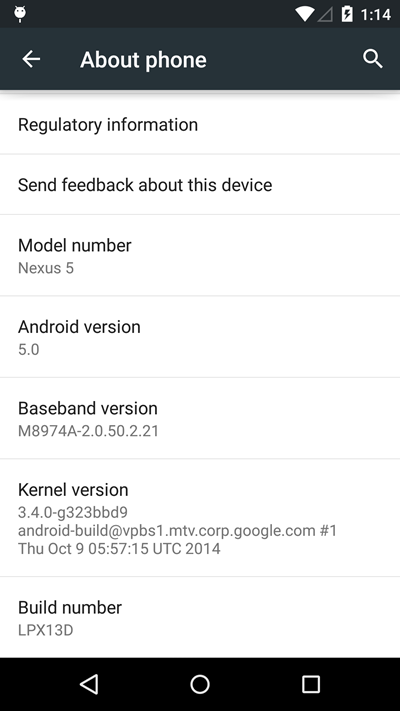 You're looking at a few hundred megabytes, and you can download them below. The Google developer site is acting a little funky right now, so the links there might not work just yet. but we have direct links that will work.

Note: if you don't want to wipe data, then edit the script and remove "-w" from fastboot -w update image-hammerhead-lpx13d.zip

The Zero-Bezel And Sprint Network-Exclusive Sharp Aquos Crystal Is Now Available For $239.99 ...