You would think that with the popularity of Google's search engine, Gmail, Maps, Docs, and all of the company's other web apps, it would know everything about us by now. Millions of us have Android devices in our pockets capable of transmitting our location to Google servers every second of the day. But there's one thing Google hasn't been able to pin down just yet--our opinions. It wants to know these enough to pay us (kind of) for the information. That's what the Google Opinion Rewards app is for.

The app has been around for nearly a year now. It sporadically hits users with surveys and rewards them with Google Play credit. You can't feed the family with it, but if you're just looking for ways to have fun using an Android device, then the stuff is basically as good as cash. The latest version of Google Opinion Rewards allows users to pull up their full history of rewards, complete with dates and amounts. 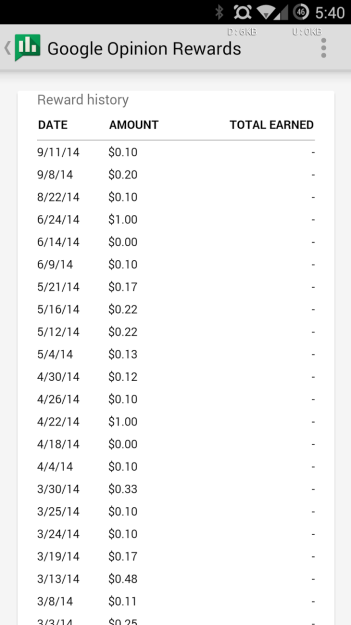 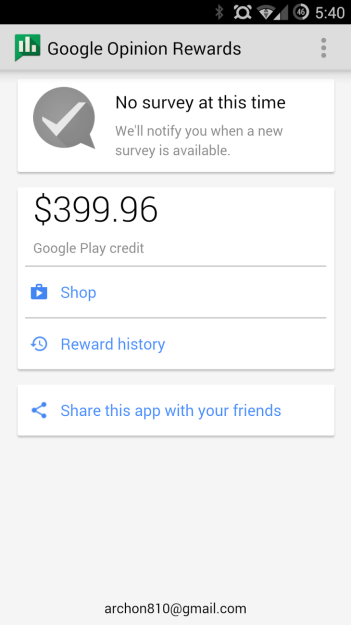 After installing the latest version, you may get presented with the old UI. If this is the case, just back out of the app and return to it. The new option should appear after that.

You could wait for this update to come to your device, but we all know that isn't why you came to Android Police. So before you can hit us with an APK PLZ, hit up the download link below and consider your request backanswered.

TwitPic Is Shutting Down On October 25th (No, Really This Time)