Many T-Mobile users rely on Wi-Fi calling to use their mobile number without needing access to the mobile network, but they aren't Nexus 5 owners. That handset, due to its lack of carrier modifications, didn't support T-Mobile's nifty feature. With the Nexus 6, things will be different. The carrier has already announced that it is bringing Wi-Fi calling to the handset. 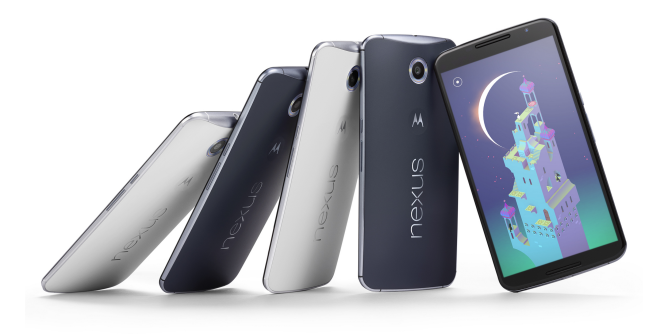 T-Mobile says it will deliver Wi-Fi calling via an over-the-air update at some point in early 2015, thanks, it says, to enhancements in Android 5.0. This leaves room to wonder if the Nexus 5 will also see support through a future update, but since the press release makes no explicit mention, for now that's all we can do until the carrier is ready to talk.

In other news, T-Mobile will start selling the phone directly November 12 for $27.08 a month for two years, which adds up to $649.92 altogether.

Fall is a wonderful time of year; the leaves begin to change colors, families come together, and most importantly, there’s yet another awesome new smartphone coming to T-Mobile. The Nexus 6 by Motorola will join T-Mobile’s stellar device lineup on November 12 for $0 down (and $27.08 a month for 24 months on our Equipment Installment Plan).

The Nexus 6 sports a beautiful 6-inch Quad HD display that was made for streaming music, movies and more on T-Mobile’s Data Strong™ Network. And with a 3220mAh battery and Turbo Charging, customers can get up to 6 hours of battery life with only 15 minutes of charging – so instead of spending time tethered to a wall, you can enjoy the freedom of being on-the-go.

Shipping with Android 5.0, the new Nexus 6 gives customers the latest and greatest Google mobile experience, and seamless integration with the apps they love. Plus, this hot new smartphone is expected to support Wi-Fi Un-leashed beginning in early 2015 with an over-the-air update– making it the first-ever Nexus device that will support Wi-Fi Calling thanks to enhancements in Android 5.0.

And only with the Un-carrier™ can customers use the latest, super-sized devices the way they were meant to be used – with no annual service contract, no domestic overages and unlimited music streaming all on the nation’s fastest LTE network, plus unlimited data and texting in 120+ countries and destinations − and now, Wi-Fi Un-leashed.

To learn more about the Nexus 6, please visit http://www.t-mobile.com/nexus6.

Android L (5.0 Lollipop) Developer Preview Builds For The Nexus 5 and Nexus 7 Will Be Available ...