The Nexus 6 looks to be Google's most widely-released phone ever, at least in the context of United States carriers. While the company has taken an "unlocked first" approach to carrier partnerships since the ill-fated Verizon Galaxy Nexus, it has offered at least some of the traditional phone sales on the Nexus 5. For the new Motorola Nexus 6, every major American carrier will have a phone option, though whether that means there's one phone that will work with all or there will be multiple versions, we can't say at the moment. 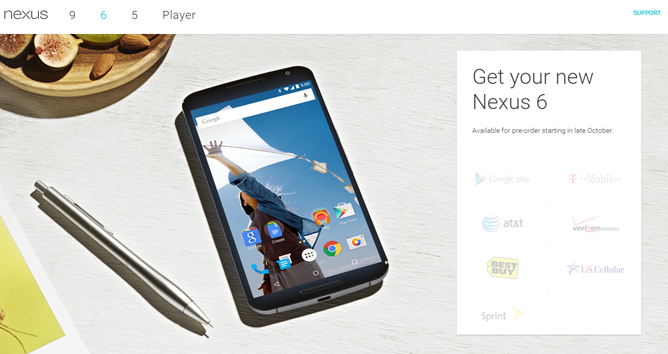 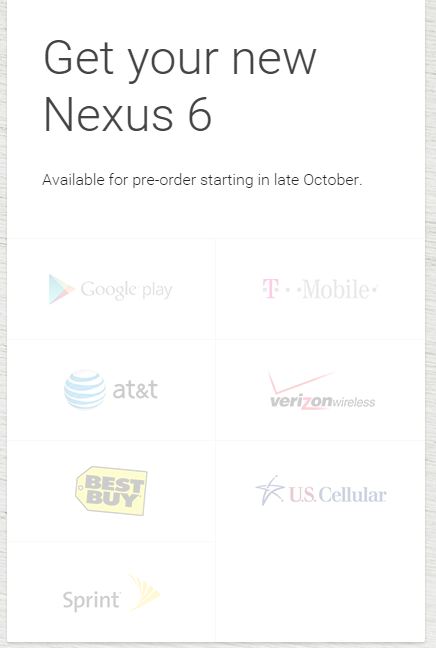 Google's promotional page lists greyed-out pre-orders for Google Play, Best Buy, and the five biggest United States cellular carriers. That would be AT&T, T-Mobile, Sprint, US Cellular, and yes indeed, Verizon Wireless. Regular readers will know that Verizon hasn't carried a Nexus phone since the original Galaxy Nexus (which came with quite a lot of problems and issues vis a vis support and updates), though the LTE version of the Nexus 7 tablet does support Verizon bands. 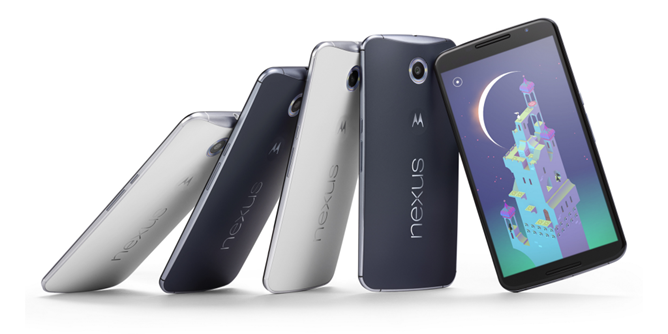 Right now, the Nexus 6 is slated for a pre-order release "in late October," starting at a hefty $649.99 for the 32GB version. We can confirm that sales through carrier partners will start in late November, though which ones will get the phone when hasn't been specified. You can read all about the hardware in our announcement post.

Update: It looks like there may be a single Nexus 6 device that can, indeed, support all of the major American carriers. Here is the band support from the official specification list:

The American version of the phone includes both GSM and CDMA bands, and all the necessary LTE bands for tricky carrier support like Sprint's Spark system and T-Mobile's band 12. Impressive.

The Android 5.0 Lollipop SDK Will Arrive On October 17th