Our friends over at Android Central have apparently gotten their hands on some marketing materials for the upcoming Droid Turbo for Verizon. They confirm much of the information that was already leaked, and also add a few new tidbits for you to chew on. As expected, this phone is packing some crazy hardware. 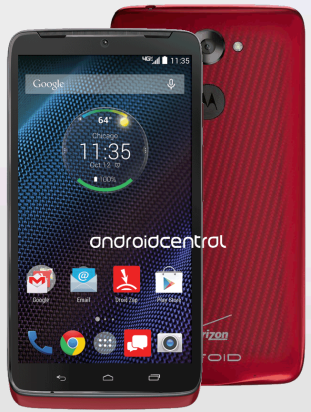 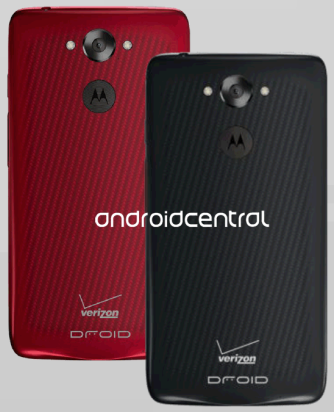 The screen is 5.2-inches, which we already knew, but this new info places the resolution at QHD (2560x1440). The screen technology is still unknown—the Moto X is AMOLED as were last year's Droids, but Samsung is the only OEM that has used a QHD AMOLED so far. Inside will be a Snapdragon 805, 32GB of storage, and 3GB of RAM. The camera, as expected, will be 21MP with Motorola's updated camera interface including the Quick Capture and video highlights features.

The body of the phone is water resistant and able to survive "everyday spills and 20 minutes in a downpour." Powering the whole thing is a 3900mAh battery good for about two days of use. Two days is great, but I feel like it should be a little stronger with such a huge battery. Perhaps that QHD screen is taking a toll.

On the software side, the Droid Turbo looks to run mostly stock Android, but it's not as clean as the Moto X build. All the Moto features (Voice, Display, etc.), this phone will have Droid Zap with special features for location-based file sharing, Chromecast slideshows, and voice activated screenshots—you say, "OK Droid Turbo, Zap my screen." Ugh. I'm not sure why you'd want to take a screenshot by voice, but you can. As for when and how much... we still don't know.