It won't be long now until the 2013 Nexus 7 is no longer Google's newest tablet. Depending on who you are, that makes now the best or worst time to buy one. If you don't care about having the latest stuff and would rather save some bucks, then this is a good time to do precisely that. Groupon has a refurbished version of the 32GB Nexus 7 with LTE (otherwise known as the expensive one) marked down to just $199.99. 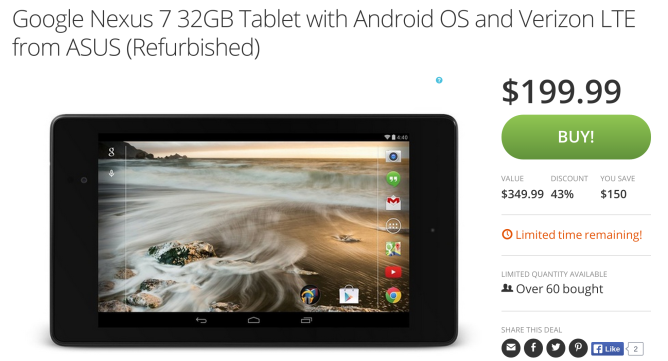 So if you've always dreamed of owning the ever-connected Verizon version of Google's little tablet that could, today looks like your lucky day. There's a link below. You know what to do with it. The Nexus 7 will only be available at this price until supplies run out.

AMPY Is A Wearable Kinetic Charger For Your Gadgets, Already Running Away With Victory On ...

Here's A Look At The Nexus 6, Courtesy Of @evleaks