Among the invariably dull and recycled ideas we see on Kickstarter every day, only very few manage to come up with an interesting approach that may make us want to open our wallet and part with our hard-earned cash. AMPY is as close to being this cool and must-have accessory as it gets. It's a kinetic charger for phones and accessories. That's right, clean and renewable energy for your gadgets, and all you have to do is get off the couch and move. How awesome is that? 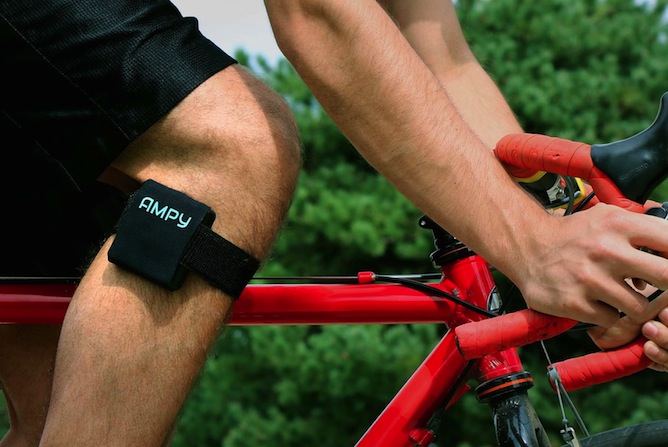 The team behind AMPY has worked hard to keep the device's size as small as possible. It currently sits at 2.5" x 2.5" x 0.75" and weighs 140g, a footprint that makes it less than half the size of a modern smartphone but with the same weight. Because of its size, AMPY houses a meagre 1,000 mAh battery that charges as you move throughout the day.

Thanks to an additional pack of accessories (armband, sleeve, and clip), you can wear AMPY around your arm, leg, clip it on your clothes, or put it in a purse or bag. With an average of 10,000 steps per day, you can charge AMPY and then use that power to boost your smartphone's battery or fill up other accessories. The same can be said for an hour of cycling or 30 minutes of running.

AMPY has a USB port for output and a Micro USB port for input, just in case you want to charge it from a wall outlet and use it as a regular power bank. It comes with its own app that should tell you how much energy you generated for AMPY, how many calories you burned, and the carbon footprint offset you got by using AMPY instead of regular electricity. 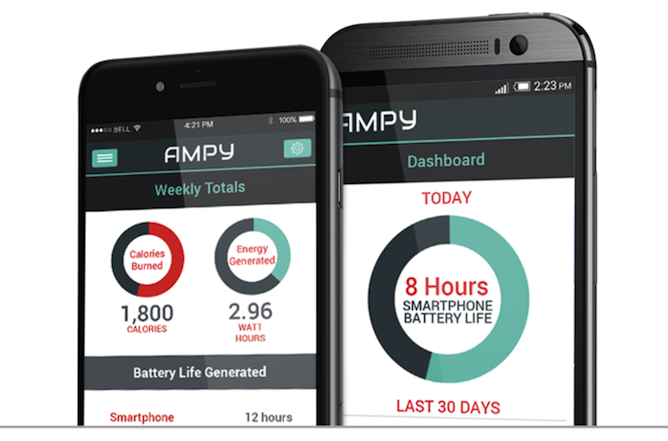 And it seems that the team behind AMPY is as legit as you can possibly get on Kickstarter, which explains why the project already blew past its funding goal with 26 days to spare. They have prototypes ready, they've won several competitions and university awards for their work, and they seem to have a Dragon Innovation certificate that shows their feasible manufacturing plans — which they estimate to be ready by June 2015. 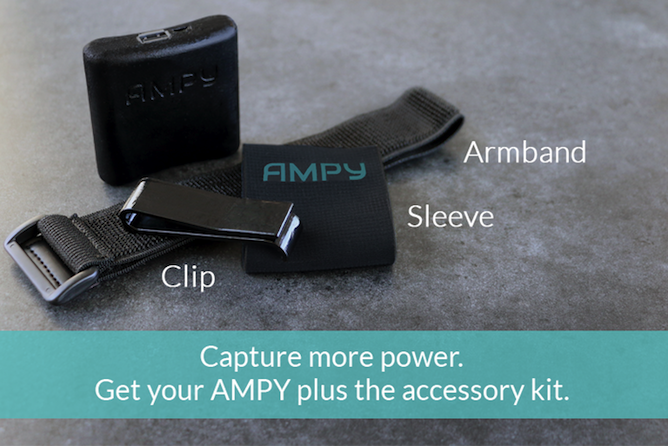 The price of admission on AMPY might be the only downside to this project. Currently sitting at $85 for the charger alone and $105 for the charger with the pack of accessories, with a $15 international shipping fee, AMPY is far from being cheap. That's almost double what a much larger 10,000+ mAh portable charger from Anker or Limefuel would cost, but who said green energy was cheap?

Nexus 6 And Android L Make Early Cameo Appearance In New Android Ad Campaign 'Be Together, Not ...