It feels like Android L and the Nexus 6 are set to drop at any moment—you can almost sense the #NexusWarriors gathering at the fringes of the internet, ready to storm all the comment sections everywhere and tell you how great the Nexus 6 is. And maybe it will be, but for now all we have is a taste of what's to come with a leaked copy of Google's new Android ads with the slogan "Be Together, Not The Same." It includes a cameo by what appears to be the Nexus 6 running Android L. Also, I'm pretty sure the phone is rendered to scale with the people in this ad.

The ad is pretty straight forward. Someone's phone is ringing, so the little Android characters check their phones to see whose it is. After several small phones are checked, the littlest droid whips out the Nexus 6, which is gigantic. I assume Google's having a little fun embracing how big this phone is. At any rate, it's got the familiar lines of the Nexus leaks and it's definitely running Android L with those geometric nav buttons. If you liked that one, there are two more available on Derek Ross' Google+ page. Seriously, these ads are great. The point of the campaign, apparently, is that there are all sorts of Android phones—huge ones and not so huge. There's something for everyone... unless you want a keyboard. You can get right the hell out with that noise.* 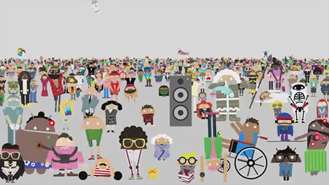 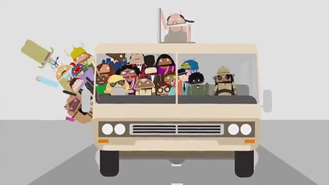 This video comes with a link to a page on the Android website that is not currently loading. It will probably go live as soon as the N6 and Android L are official. It won't be long now.

*I am attempting to capture the state of the market, not say that I personally hate keyboarded phones. Don't yell at me.

Google Express Expands To Chicago, Boston, And Washington D.C. With A New Name And Membership ...

AMPY Is A Wearable Kinetic Charger For Your Gadgets, Already Running Away With Victory On ...