I hear you. We have plenty of news curation apps on Android and we don't need yet another one. But despite the countless options, there's still room for an app that does its job well, looks good at it, and doesn't try to reinvent the wheel with algorithms and predictions that inevitably fall short of their promise.

Source might be this app. Coming from Jacob Klinker of Klinker Apps, the same guy who brought us the Talon Twitter client, the Blur launcher, and EvolveSMS, Source already has a reputation to live up to. It's out in beta, an extremely early beta if you ask me, and you can join in to try it out and give your feedback to Jacob right away. 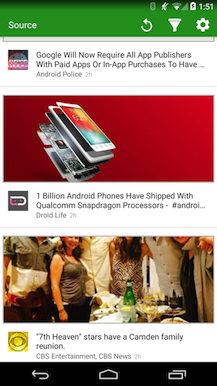 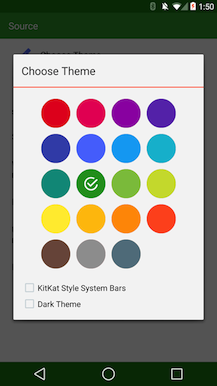 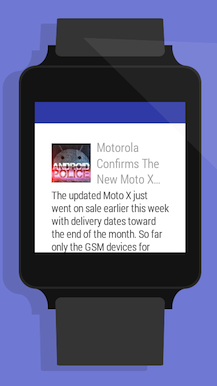 Source works by checking various, well, sources for news articles. At launch, it only supports your Twitter lists and some sort of Twitter-based feeds in various categories like Architecture, Food, Design, and others. Jacob plans on adding Google+, Feedly, and your own RSS feeds to the mix later, with the possibility of charging for some of them through IAPs.

The articles are displayed in a river of images and titles. Tap an item and it expands to reveal the text, tap it again to close it. You can also favorite, share articles, and view their original web pages. There's Android Wear support through notifications, in case you so desperately need your fix that you'll read blocks of text on that tiny screen on your wrist. There's no way to search that I can see, but you can filter your feed by source. As for tablet support, it is on Jacob's roadmap.

Source's allure is in its Material-inspired interface. Bright color themes, smooth animations when opening and closing articles, expanding bubbles to activate and deactivate options in the settings, all of these give the app a modern feel that would make it sit comfortably on any L-running device. However, Source isn't without its bugs. I've noticed duplicates several times already, an issue with selecting and deselecting topics in the settings, and many articles not displaying their text. There also seem to be a few scrolling issues every now and then. Nevertheless, this is a beta, and that's what testing is for.

Chainfire's SuperSU Gets A Huge Update To 2.13, With Amazon Appstore Distribution, AOSP And ...