The SuperSU root permissions manager is probably one of the most widely-distributed power user tools on Android at this point, though it won't be breaking the Top Ten lists in the Play Store any time soon. Developer Chainfire has issued an update to version 2.13, which includes a huge list of additional and adjusted features. As far as usability is concerned, the biggest change is probably the fact that the app is now available on the Amazon Appstore. Kindle Fire modders, this means easy updates for you. 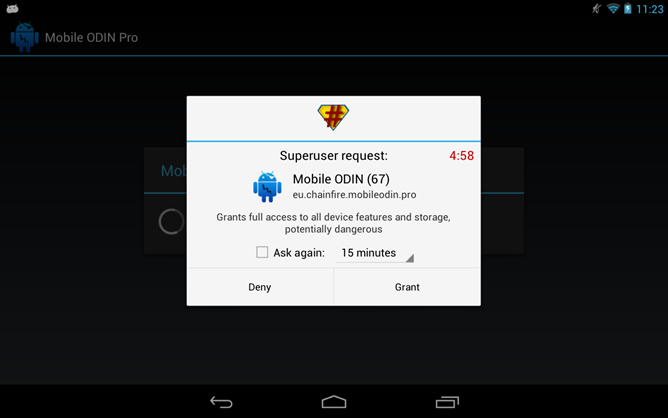 Other major adjustments include improved support for AOSP, Android L, and Android TV (such as they are). The app will now check for removed root apps when you boot up your phone or tablet, and SuperSU should now work fine on MIPS-based hardware, thanks to an adjustment removing chipset checks. Here's the extensive list of technical changes, posted on Google+:

You can always find the latest recovery-flashable SuperSU ZIP on Chainfire's personal page. The Play Store listing hasn't been updated yet, at least in my browser, and the Amazon page is listing the app as version 2.12. The developer says that Amazon's verification processes mean that it will probably lag a little behind the Play Store.

Source Is A Beautiful News Reader App From Jacob Klinker, Now Out In Beta