Out of the box, so to speak, Google+ users must manually refresh the site to see new posts. This may not be a problem for the average Joe, but there is no shortage of people who want the latest posts injected straight into their feed with no effort from their part. Some may even want to have a spare tablet that they use to monitor the network 24/7. If you're such a person, you've come to the right place. We understand, and we're here to help.

Developer Erwin Goslawski of RepetiTouch fame has developed an auto-refresher for Google+ that will keep your feed fresh and current. By default, it refreshes after several minutes, but you can bump that up to just a few seconds and force the screen to stay on if you have zero regard for battery life. There's a cooldown period built in, so it won't refresh for a set amount of time whenever it detects user input. This way it won't refresh when you're in the middle of writing something. 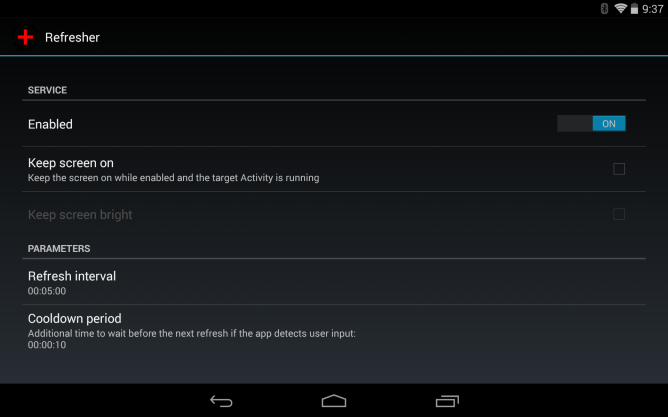 If you have privacy concerns, don't worry. Everything continues to go through the standard Google+ app, just as it always did. Refresher simply prompts the app to update. But you do need to grant it the permissions it needs to know when you're interacting with the social network so that it doesn't refresh. The app doesn't need to run at boot, since enabling the accessibility service is what turns it on. 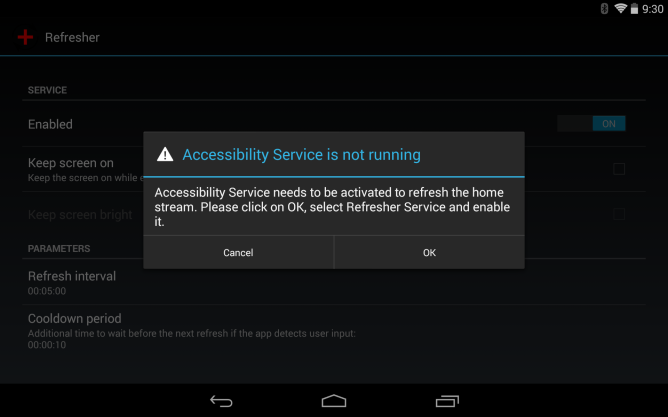 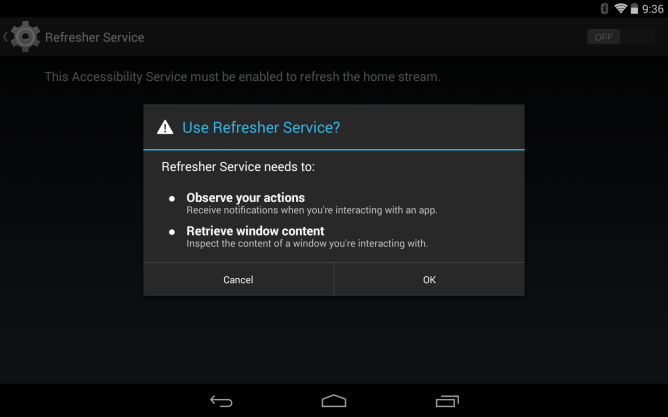 Unfortunately Refresh can't do anything about the order in which posts come in. Google controls that, as it wants you to see popular posts or things it thinks you will be interested in, which makes sense if the social network is something you're just occasionally checking a few times throughout the day. It would be nice if the company added the option to simply view posts in chronological order, but for now, there's no way around that.

Goslawski will release Refresher into the Play Store soon enough, but for now, our own APKMirror.com is the app's early launch partner. You can find the link for the APK below, and if you have any feedback, be sure to join the app's Google+ beta community.