Gameloft's latest game, Cars: Fast As Lightning, is targeted towards kids, and it has all the makings of a good movie tie-in experience. The visuals are sharp and capture the feel of the films. The voice overs are convincing, the characters are well animated, and the dialogue might elicit a giggle or two.

Since Fast As Lightning is based on Cars, as you would expect, it's a racing title. And since this is game, there are controls, but they couldn't be more basic. Looping around tracks consists of holding down on the virtual pedal and easing up on the gas when going around corners. There's no reason to steer the characters, as they're perfectly capable of steering themselves. There probably isn't enough substance here to hold most adults, but the simple controls make the experience welcoming to younger Cars fans. 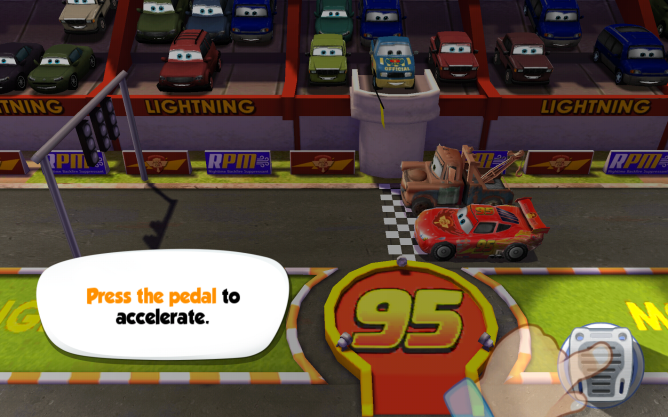 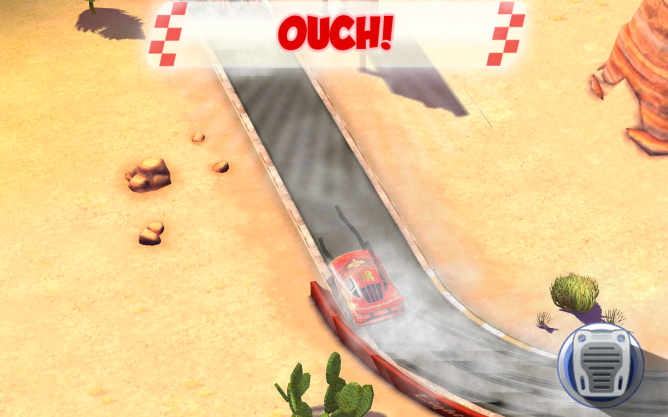 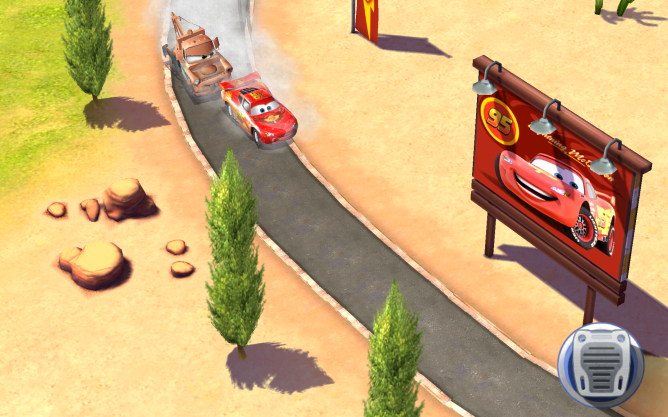 In addition to racing, players can spruce up the characters with various paint jobs. They will also get to know the town of Radiator Springs more personally by building it up over time. There's a little bit more content here than first impressions would suggest.

Since this is still a Gameloft game, it contains virtual currency. Fortunately, considering this is a game aimed primarily at children, the developers have placed a warning for parents that appears with the first launch. 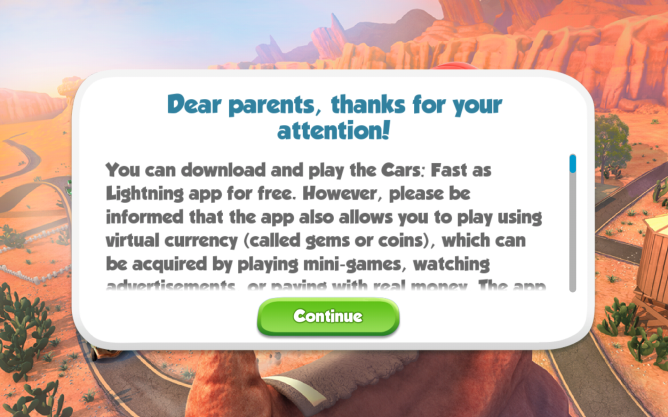 As the warning says, Cars: Fast As Lightning is free to download, and kids can play it entirely for free. Just make sure your Play Store settings are set up properly before leaving the little ones alone with the game.