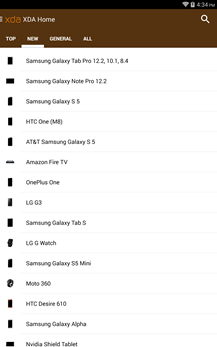 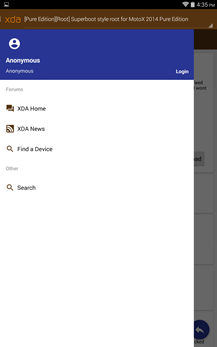 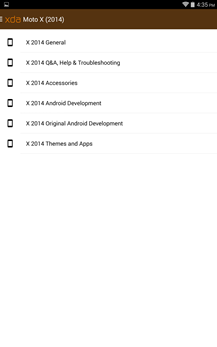 XDA is the biggest spot on the web for user discussion about phone modifications of all sorts, and it's a central hub for all things root and ROM on Android. We at Android Police often source XDA for cool projects and over-the-air downloads. The app splits up XDA's multitude of forums into four Holo-style tabs: the top devices by poster activity, the newest devices added to the list of forums, the general section for Android development, the secondhand marketplace, and other discussions of Android and other platforms, and the master list of everything. 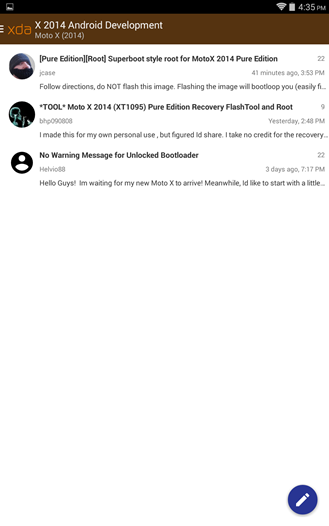 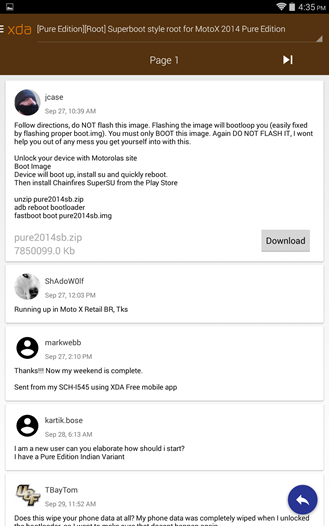 XDA One is pretty basic right now, as you might expect. Users can log in to post replies or new topics, and you can search through the master list, but there's no favorite or bookmark function at the moment. Future plans presumably include integration with XDA's homepage blog, which highlights cool hacks and relevant development and modification news. The in-house development team says that the app will remain free and eventually be ad-supported.

The dev team is encouraging bug reports and feature requests in the download thread, and those who want to get their hands dirty can check out the open source GitHub for the project.