Pardon me, readers. This is usually where I make a distinction to point out the fact that most of the world calls its favorite sport football. (We do that in America too, but it's a different football, and we call everyone else's football "soccer.") That isn't important. What is important is that Square Enix thinks that the image below is the best way to advertise its new game, Champ Man 15. 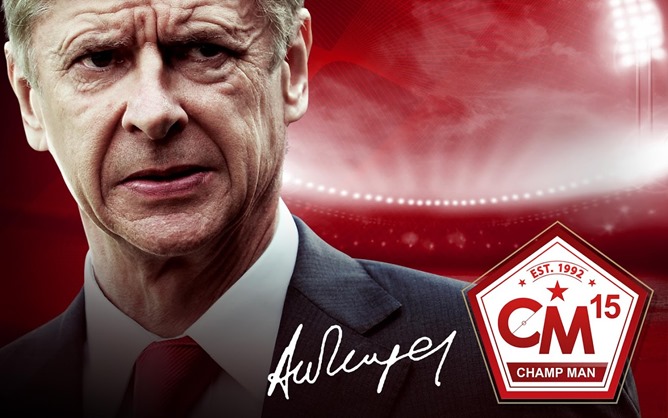 Look at this man. According to Google Image Search, he's Arsène Wenger, the manager of London's Arsenal Football Club. According to his face, Arsène's doctor just told him that there was no choice but to amputate the arm he burned unsuccessfully attempting to save his dog and her litter of puppies from the fire in his 100-year-old family home. This is a man who has seen things, things that a mere sports management simulation could never replicate.

Champ Man, shortened from the more formalized Championship Manager, is a member of the inexplicably popular sports manager sim genre. In this 2015 edition the player chooses from one of 440 teams across an impressive 23 football leagues, making lineup and position choices, trading and training players, then setting them loose in simulated AI games. The country selection seems a bit random, though: you have access to England, Scotland, France, Germany, Italy, Spain, Argentina, Brazil, Russia, Turkey, Saudi Arabia, the Netherlands, and Portugal. 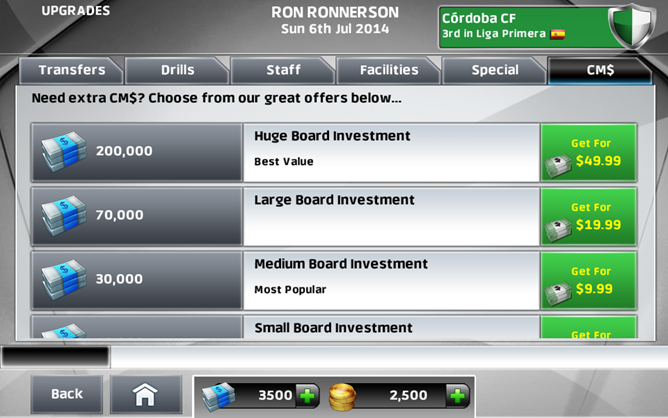 Champ Man 15 is free to download on Android 2.3 or higher. The game uses a dual in-game currency system for players and other actions, which can be replenished via in-app purchases. You'll also need a "Coach's Badge" for the most popular teams (like, ahem, Arsenal). You can buy one for $1, or earn it by reaching level 10 or pestering your Facebook friends with invitations.

Update: It looks like the developers have set the compatibility so that it's only available on tablets. Sorry, smartphone-only management fans.

[APK Teardown] Chromecast v1.8 Includes Support For Guest Mode, But It Might Not Be Ready For Action