Chinese smartphone manufacturer ZTE still hasn't made a dent in the US market in any significant way, but it did turn heads with the ZMAX for T-Mobile, combining a big 5.7-inch screen and a spacious battery with a low price tag. The new Grand X Max, coming to budget carrier Cricket on October 10th, is even bigger and cheaper. This massive 6-inch phone will pack a beefy 3200mAh battery, all for just $199.99 without a contract. 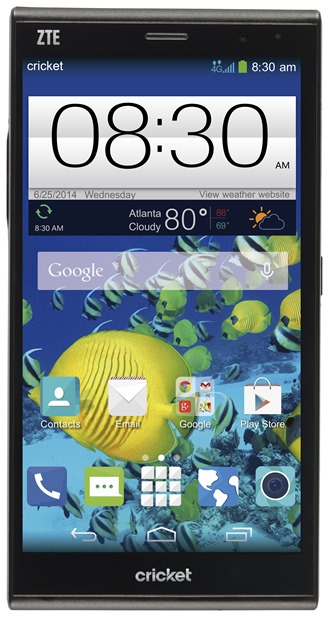 Of course at that price the Grand X Max isn't exactly grand to look at - plastic seams are easily apparent despite the faux carbon fiber back and the slim bezels. And at two hundred bones, the hardware is decidedly low end: that big screen uses only a 720p LCD screen, putting it in the same league as Samsung's Galaxy Mega series. Inside you get a Snapdragon 400 running at 1.2GHz and just 1GB of RAM (half that of the ZMAX), 8GB of storage plus a MicroSD card slot, and an 8MP/720p camera setup. The battery comes equipped with Qualcomm's QuickCharge 1.0 system for dramatically faster recharging. 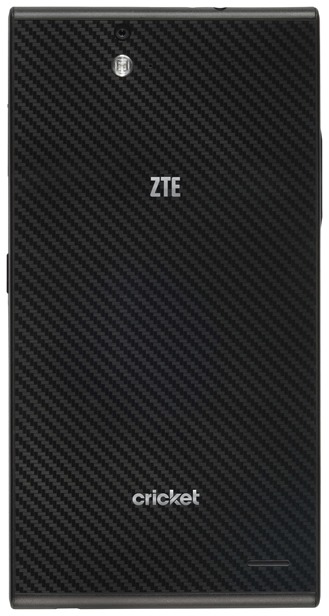 Despite all that junk in the trunk, the Grand X Max has a relatively thin 7.87mm profile. It's also running Android 4.4 (plus a few ZTE skinned elements and the Peel Smart Remote app) right out of the gate, an important consideration on a carrier that tends to come in last for updates. Between the big size, low price, and probably a great battery life with a big power reserve and low-powered hardware, the Grand X Max could make some frugal customers very happy. Cricket is offering a $100 bill credit if you switch from T-Mobile or MetroPCS between now and October 19th.

Atlanta, GA., October 7, 2014 – Cricket Wireless announces the launch of its second phablet, the ZTE Grand X Max.  Priced at $199.99, the ZTE Grand X Max will be available in Cricket stores nationwide and online starting October 10th. Whether you’re an on-the-go mom, a super social user, a business user, or a value seeker wanting the advantages of a larger smartphone, this is the device for you.

Just in time for the fall TV season, the ZTE Grand X Max comes equipped with a 6-inch high definition screen and a quad-core processor that delivers a powerful streaming experience, allowing users to watch football or their favorite prime time television series on-the-go with ease. The phablet comes pre-loaded with Peel Smart Remote, the ultimate entertainment companion that personalizes TV recommendations based on viewing habits and can be paired with your home entertainment system or mobile device.

In addition, users will have access to other useful apps like Kindle, Evernote and Kingsoft Office, along with many more in the Google Play Store.  Other features are:

For people seeking even more fall deals, Cricket continues to offer a $100 bill credit** to customers who make the switch from any from T-Mobile and MetroPCS to Cricket Wireless through October 19. In addition, to help satisfy the demand for high-speed data Cricket's Basic, Smart and Pro plans now offer, for a limited time, the same low plan prices with even more high-speed data access***.