The HTC Desire 610 marked a revival for the "Desire" brand in the US when it came to AT&T in late July. Now a variant, the Desire 612, is finding its way to Verizon Wireless, as the carrier will start selling the handset in just two days. Think of it as largely the same as the version on AT&T, just with more branding and extra red. 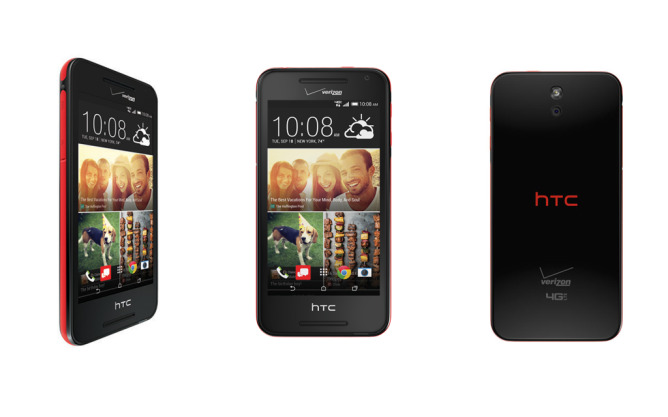 The HTC Desire 612 is meant to be an affordable mid-range device. It has a 4.7-inch screen with a 960 by 540 display. It's not going to be particularly impressive, but for the price point, it's serviceable. For the right user, the dual front-facing BoomSound speakers can more than compensate for this shortcoming. The 8MP rear-shooter on the back packs in more pixels than the flagship HTC One M8, though that doesn't necessarily mean the pictures will come out looking better. There's a 1.2GHz quad-core processor, but the 1GB of RAM and 8GB of internal storage (thankfully supplemented by a microSD card slot) could limit things a bit. A 2040mAh battery is supplying power to everything.

Verizon Wireless has yet to announce the price, but don't expect it to cost $199 with a two-year contract. If anything, it should cost that much without one when it hits on October 9th.

NBA Game Time App Updated For The 2014-2015 Season, Combines Previous Phone And Tablet Apps Into One

An Exclusive Look At Google's Early Multi-Window Explorations For Android