Guys, we're now three weeks away from the most wonderful time of the year: NBA basketball season. The seasons tips off on October 28th with the Mavs v. Spurs and Magic v. Pelicans, followed by the Rockets in LA to take on the Lakers. The following day it gets even more exciting, as 24 teams go head to head to start the season off right. If you don't want to miss a second of the action, Game Time is the app to have (especially if you're a League Pass subscriber), and it recently got updated with support for the upcoming season. Unfortunately, even LP subscribers can't watch preseason games live, but the app will still allow fans to keep up with scores and stats before the official season tip off. 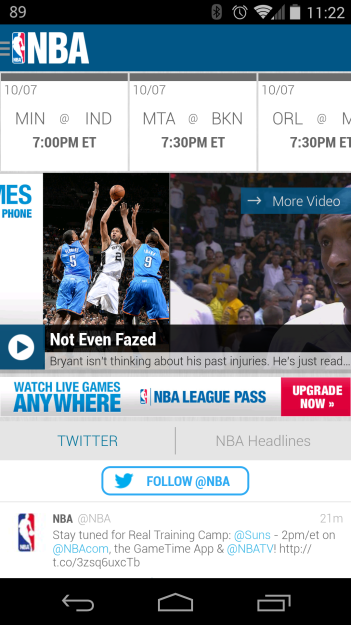 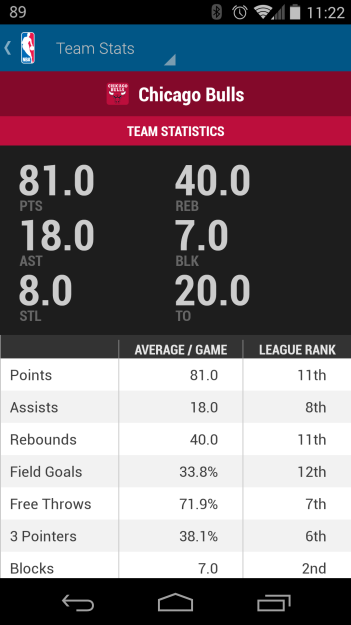 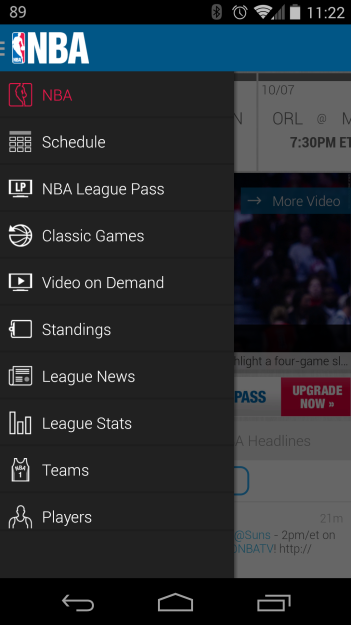 While the app still functions in much the same way as last year's, it's got a slightly different, more modern look and feel. It seems to be generally smoother on most of my devices, as well. Another major difference this year is that there's only one app for both tablets and phones, as opposed to the two app model the NBA used last year (the same goes for iOS). It's also worth noting that this version takes the place of the old phone version, so if you already have that installed all you'll need to do is update. The new app will, of course, need to be installed on tablet.

The updated app is live now in Google Play, so hit he widget to check it out.