For those unaware, Creative Cloud wraps up Adobe's effort to transition to a subscription-based service model, providing updates to the Creative Cloud suite of software (which replaced Creative Suite), and online services to aid in collaboration and file/asset management. A free CC membership includes trial access to Adobe's creative tools and 2GB of cloud storage.

To the latter end, the Creative Cloud app for Android allows users to access and preview their stored files from a mobile device, even previewing PSD and AI files. Of course for vector files, the app seems to render a rasterized preview file, rather than the actual vector artwork. 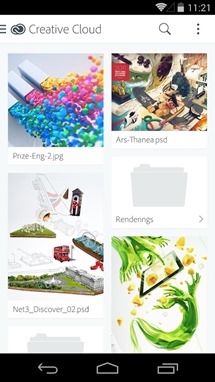 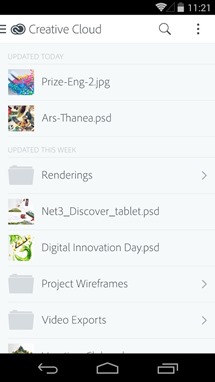 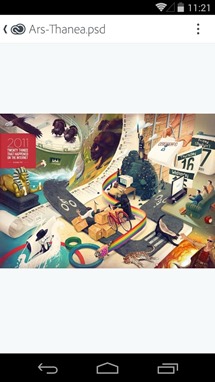 The app also unlocks yet unspecified "new tools in your favorite apps," but the Creative Cloud app is currently still a preview, meaning not all the features are live. Adobe says it will provide updates to the preview "on a regular basis." That said, the app is stable (as Adobe promises), and seems to work just fine for now. The app's interface is clean and intuitive, even if the iconography feels a little iOS-inspired. It's also worth noting that users can upload files through the app itself using a built in file browser.

Adobe has historically had an unpredictable relationship with its apps for Android. Generally, its offerings are powerful and useful, but they can sometimes go for months or forever without further updates. Here's hoping that Adobe sticks with Creative Cloud for Android as they have so far on iOS.