Go to the Play Store on your Android device and look for Tiny Death Star, the Star Wars-themed version of Nimblebit's smash hit casual game Tiny Tower, and you won't find it. If that's surprising, you're not half as shocked as Nimblebit. According to a report from Pocket Gamer, Lucasfilm's new owners at Disney decided to un-publish the game without even telling the developers their plans. Disney also pulled a Star Wars card game, Assault Team, though that me-too CCG title is hard to get upset about. 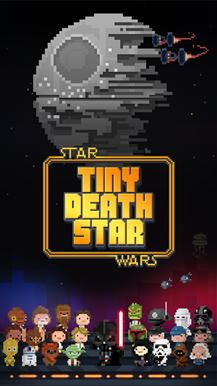 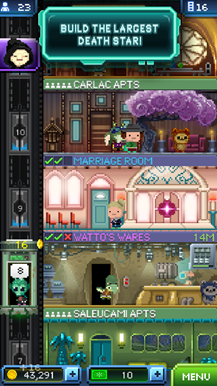 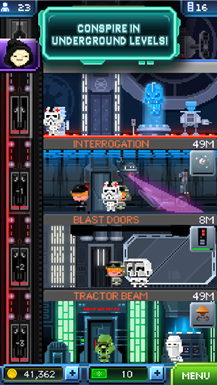 Strangely, the Google Play Store web page for Tiny Death Star is still up, though it looks like every single device has been marked as incompatible, so you won't be able to find the listing on any Android phone or tablet. The Star Wars Assault Team page is simply empty, unless you had the game installed previously.

Pocket Gamer has an unconfirmed source that says Disney decided to pull continuing support for both games in favor of Star Wars Commander, a recent release that apes Clash of Clans and other mobile free-to-play strategy games. Whether that's true or not, it makes sense - the game's pay-to-win structure is a potentially lucrative one if enough players hop on. Tiny Death Star was also free to play, but not quite as insistent when it came to "premium" upgrades. Nimblebit developer Ian Marsh assumed that Disney simply didn't want to spend the money to maintain the game any longer, and added that Tiny Death Star had been "a significant source of revenue" for the company with four employees. 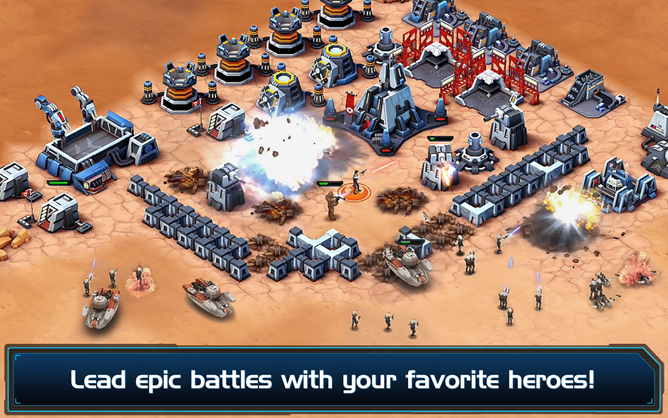 The ability to collect rent from tiny, pixelated bounty hunters is insignificant next to the earning power of Clash of Clans rip-offs.

Tiny Death Star should continue to function for those who currently have the game installed on their phones or tablets, but switching devices means you'll lose access to it (unless you back up your APK or find another copy). The original Android version of Tiny Tower is published by Mobage, but Nimblebit's other Android games, including Tiny Tower Vegas, Disco Zoo, Pocket Trains, and Nimble Quest, are all self-published. Presumably they'll be the first to know if someone decides to unceremoniously yank them away from players.

HP Introduces The 10 Plus Tablet With Full HD And Little Fanfare, Now Available For Purchase ...

HTC's Nexus 9 Appears To Have Passed Through The FCC