Google+ got a somewhat unexpected bump to version 4.6 today, an update that brought with it plenty of Material touches. Since we first reported on Material Design (at the time known as Quantum Paper), we've expected that Google's own apps would be undergoing their own gradual transformations in updates leading up to the launch of Android L. The Google+ app got its first round of material changes earlier this summer, but today's update starts its journey through the last mile.

The first thing you'll notice is the new launcher icon, which carries the characteristic long shadow and slight dimensionality of Google's other "material" launcher icons (like the new Play Newsstand icon, for instance).

Inside the app, the red Google+ color is bolder and brighter (a punchy #DB4436, compared to the old version's #B93326), and the interface and its icons have been trimmed down, simplified, and in many cases have had their colors removed. The FAB has also been inverted to further emphasize the new red color and draw attention to the stream's "hallmark action."

Here are some quick before-and-after shots, old G+ on top, new on bottom. 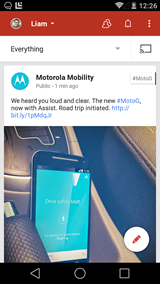 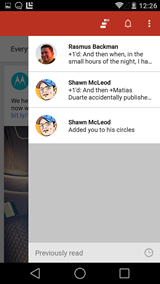 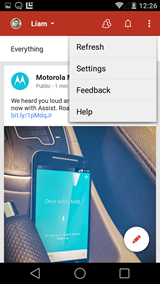 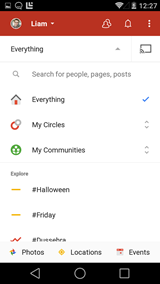 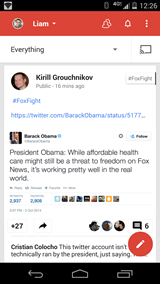 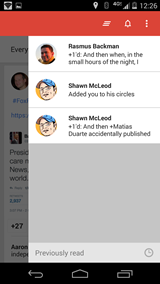 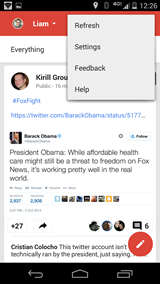 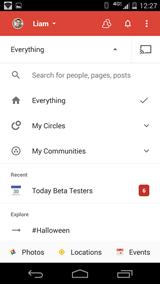 Google+ is of course still confusingly intertwined with Google's Photos app, which itself has gotten a makeover. The sliding nav drawer now falls into line with Google's new spec, and shows off the awesome flip-to-arrow animation we saw in the Play Store's unreleased update (and in Play Newsstand yesterday). The icons here are a flat gray as well, just like in the spec. The toolbar has undergone some changes as well, putting more of a focus on Google's Auto Awesome features. Users can, for instance, select multiple photos and hit a button to make an Auto Awesome slide show (though at that point is it considered manual awesome?) 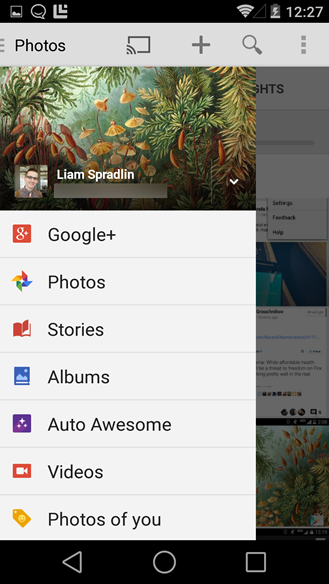 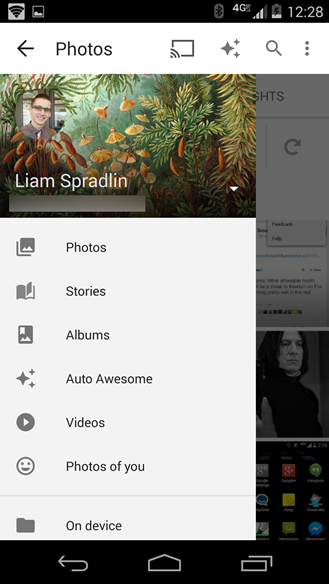 One of the only downsides to the refresh is that the new launcher icon kind of puts us back at square one with Google's square icon situation:

But probably (hopefully) this will be remedied in future updates to Search and an incoming Play Services update.

At any rate, the rollout has officially begun. If you don't feel like waiting around for it to hit your device, you can just grab it below.

Note: It seems for now the app has some issues on L preview devices. The overflow menu crashes the app, and there are a few strange UI abnormalities. We aren't quite sure if this is a problem with the app or the specific APK we have, but we'll keep you updated if anything changes.