When Google first pulled the lever on Chromecast's screen casting, the functionality was limited to a select number of devices. Well, it still is, but the list is slowly growing, and we've noticed that the Sony Xperia Z3 and Z3 Compact have made their presence known towards the bottom. This puts them in the same exclusive club as a number of Nexus, Galaxy, One, and G devices (boy is it awkward to say these names without the manufacturer attached). 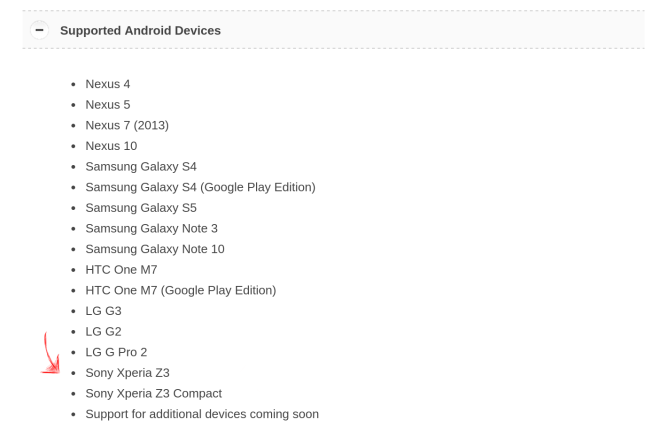 The Xperia Z3 and Z3 Compact are the only two devices on the list that come to us from Sony. It looks unlikely that older devices will get support considering how before now the list remained unchanged since the feature's launch. This may be a bummer, but at least there's a way for rooted users to take matters into their own hands.

O2 Now Officially Selling The Moto 360 In The UK, Ships Next Day