Re-entering PINs or patterns to unlock a smartphone several hundred times a day is a mind-numbing process, so it comes as no surprise that a couple thousand people have rallied behind a way to prevent them from having to do so. SALT is a Bluetooth-connected card that goes into your wallet and, as long as it's in range, saves you from having to interact with a lockscreen. Once it's not in reach, the lockscreen returns. The project wanted $50,000 to bring this product to life, and it's reached that goal with ten days to spare. 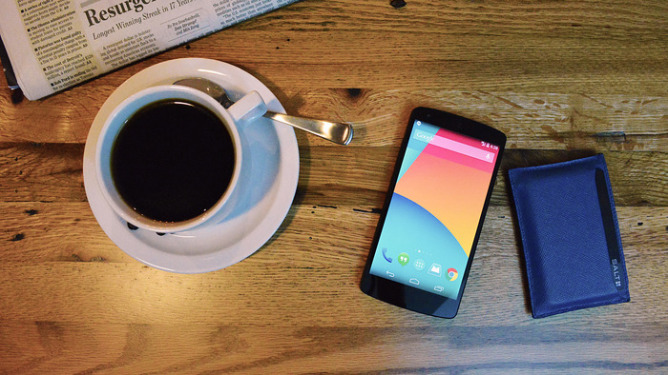 The concept behind SALT isn't revolutionary. There are ways of replicating this functionality here and now if you happen to own a smartwatch or some other Bluetooth-connected device, though the results vary in reliability and security. If SALT works as promised, it could be worth investing in just to not deal with the headache. But it's a Kickstarter product, so there's no way of knowing if that will be the case. Some prior projects seemed simple in principle but ultimately failed to even come close to delivering on their promises.

The card comes with a dedicated app that gives you the ability to lock down specific apps, and if you wander away from your SALT without realizing it, the map will show you its location on a map. The product has a range of 10 feet, so you shouldn't get too far before the connection drops. But at the same time, 10 feet is still close enough for someone else to get access to your phone while you're on the other side of the room.

SALT's battery should last for roughly twelve months, and once it goes kaput, you will need to get a new card. For this reason, the project offers packages ranging up to four cards, which you can stagger so that you're covered for that many years. One card goes for $15. Four go for $60. At that price SALT is not too expensive of a gamble, even if it still remains precisely that. Anyone who does jump in can start looking for their cards in December of this year. SALT - Keyless entry for your phone