Last month Nokia announced that it would release a version of its highly-regarded HERE mapping and navigation app for Android, but only to licensed partners, starting with Samsung. Late last week an APK for a beta version of HERE, labeled as 1.0, was posted to MediaFire and spotted by Spanish language Android enthusiast site El Android Libre. The app appears to work with any Android device running 4.0 or higher. 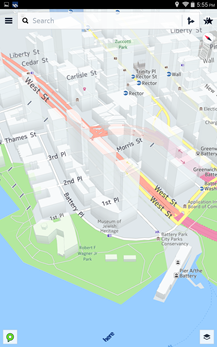 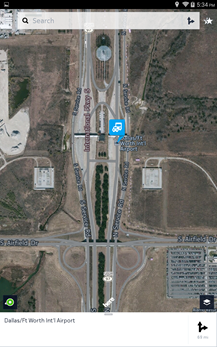 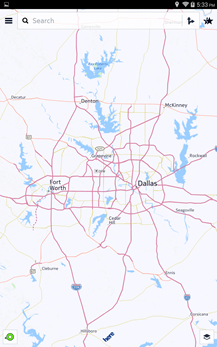 After testing it out, I can say that it looks like all the basic mapping and navigation functions are here, including turn-by-turn directions and a satellite map layer. HERE's primary advantage is the ability to download cached maps of full cities and regions for use offline, and this is also included. You'll need to sign up for a Nokia HERE account (or simply link your Facebook account - no G+ option yet) in order to use this function. You can select maps by country; the larger and more populous the area, the denser the map data. 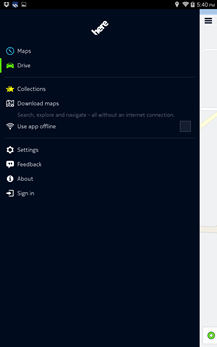 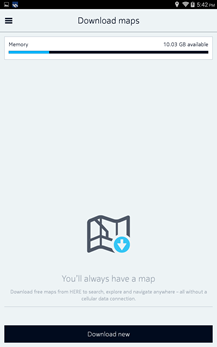 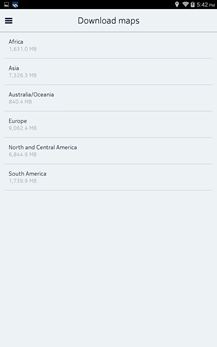 The full map for the United States is a whopping 4.7GB, but it's split up by state, with California and Texas coming in at just under 500MB. Connecticut (176MB) takes more data than Wyoming (164MB), because tens of thousands of square miles of mountains and grassland aren't all that dense from a road map perspective. Select areas of Europe, Asia, South America, Africa, Australia, and Oceania are also available, but if you'll pardon the pun, your mileage may vary. 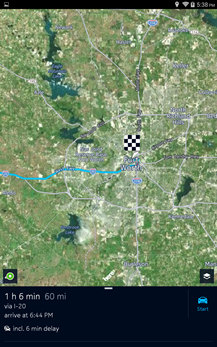 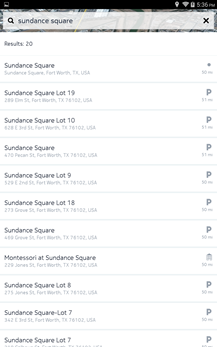 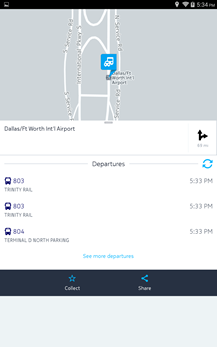 Support for bookmarks and a search function are included, but somewhat basic, and performance in this early edition of the app seems notably slower than Google Maps on my G Pad 8.3.

Everything that Nokia has said thus far implies that the general Android release of HERE will be exclusive to Samsung hardware, at least initially, including features that tie into the Gear family of smartwatches. The app will be released on Samsung's Galaxy Apps store. When and if HERE becomes available on the Play Store, I expect it to be limited to Samsung phones and tablets (and probably the latter ones at that).

Sprint Sends Out An Android 4.4 Update For The Kyocera Hydro Vibe, Throws Wi-Fi Calling In For ...