At Google I/O this year, we learned that Google Play Services is generally updated on a six-week cycle. As expected, the mighty puzzle piece behind Google's Android services is getting an update starting today that introduces a number of small changes that most users probably won't notice but which may make developers' lives a little bit easier.

Among the changes users probably will notice are some UI tweaks. The Google Settings app has a refreshed header (which is carried through all GMS-bound settings), and Google Play Games has a new dialog for toggling your profile from public to hidden. The dialog also carries a new style with the same green color we spotted in the Play Store 5.0 update. Play Games has other tweaks too, including a new XP bar that animates out as a user begins a new game, and a new achievements interface with a cool translucent background.

Next among the update's changes is an improvement for analytics - Enhanced Ecommerce, originally launched with Google Play Services 5.0, is an ecommerce tool to give sellers insights into product clicks, impressions, and other info. Support for Enhanced Ecommerce has been added to Google Tag Manager in this release.

The update will also include enhancements to the Drive Android API, making it easier to resolve conflicts between local and server files. Additionally, the Google Drive file picking interface has been given a major material refresh. 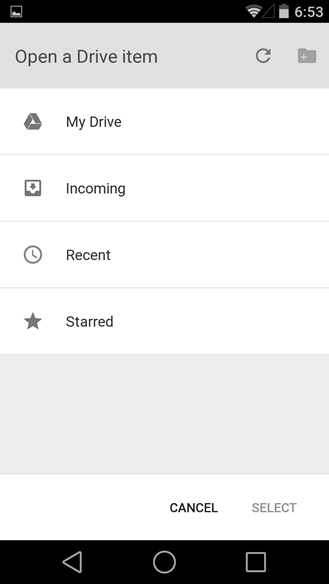 Google Fit's developer preview was first introduced in August with an L preview build and is getting a "refresh" to let developers test their fitness apps on "any Android device." Google says more changes are coming to the APIs.

As usual, Google is planning the staged rollout over the course of several days. Luckily, we have the APK mirrored below for instant gratification!

Note: If you're looking for a more specific Play Services 6.1.11 variant, you can find 7 of them in this XDA thread.

Thanks for the new APK, Alvin Vesper and Mihir Gosai!