Of course, we've seen alleged photos of this phone before, but one only showed the back, and one was very poorly lit. This photo, by contrast, is as well lit as we can possibly expect from a leaked photo, and shows the front of the device aligning with everything we've seen/posted so far. Here it is.

Update: Our tipster gave us one more photo after our post went live. This one shows the left side of the device, and the bottom speaker is a bit more visible. 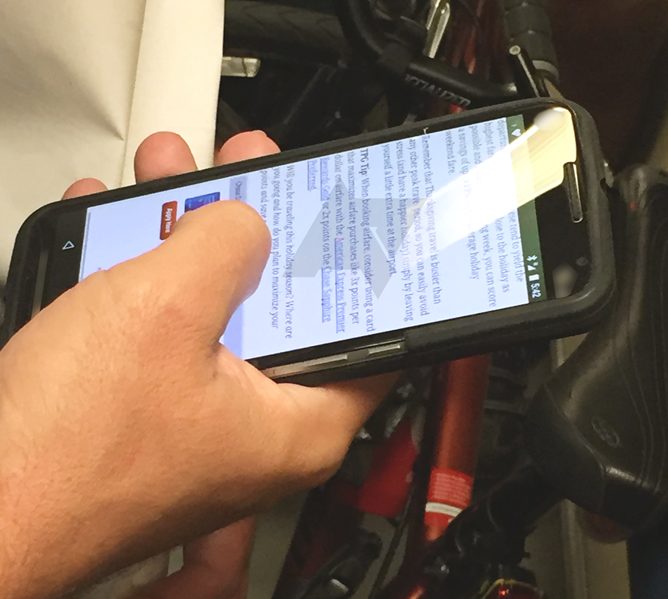 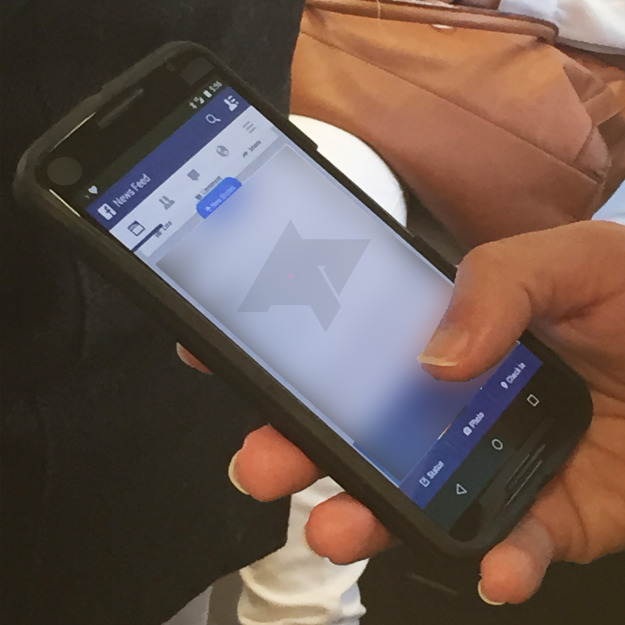 We've touched up the photo above to blur any identifying markers

So what can we see here? The phone is obviously in a snap-on case of some sort, so we don't have a look at the complete edge, but what we can see aligns with our previous posts - the power and volume buttons are positioned more toward the middle of the device (to account for its large size), front facing speakers (the bottom one is a bit hard to see), a center-aligned headphone jack, and Android L with new solid status bar icons and smaller, more spaced-out navigation buttons that we've seen a couple of times now. There is one more icon in the status bar, though (besides the WiFi indicator) - a heart. We aren't sure if this is a notification from some third party app, or if it has to do with something Googley installed on the device (our only guess would be Google Fit), but it's there. If you have any ideas, let us know.

Something else you might notice is that the device in the photo actually doesn't look that big. The perspective of the photo and lack of other phones (or nearby objects) for reference makes it hard to tell, but the hand in the photo is holding the device somewhere near the middle-bottom, with fingers barely reaching halfway up around the back. At any rate, we are still confident this is the Nexus 6 and that its display will be 5.9" as multiple sources (including our own) have confirmed.

With rumors putting Shamu's launch date anywhere between mid October and early November, we shouldn't have long to wait until we can see the device in an official capacity (and better lighting).