While you wait anxiously for the next installment of The Room, why not take a look at a darker and somewhat more action-oriented first-person puzzler? Hellraid: The Escape has just made the trip over from iOS, and it's got some impressive graphics powered by the Unreal Engine. Also, lots and lots of gruesome deaths.

The game begins as you are cut down by a creepy demon guy for what is probably the zillionth time. You immediately resurrect in a tomb, expecting the be slaughtered again. See? Darker. However, there's some hope as you come across a note left by a previous guest of the dungeon. It explains that you are quite dead and have been imprisoned by an evil sorcerer named Crell. It turns out Crell is pretty much a huge jerk. 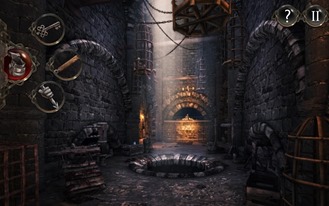 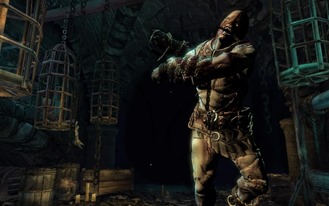 In order to escape from each chamber, you have to solve puzzles and use the environment to take out Crell's minions before they slice you up. Being dead, you can't die again—you just resurrect at the beginning of the chamber. Despite the backdrop of torture and suffering, Hellraid is a very pretty game with cool lighting and lots of physics with which to play. The game had some crash issues when it came out yesterday, but they seem to be fixed now. So don't put too much stock in the poor ratings. Sony Isn't Making AOSP ROMs For Phones Or Tablets, But It Might Possibly Think About It Someday ...