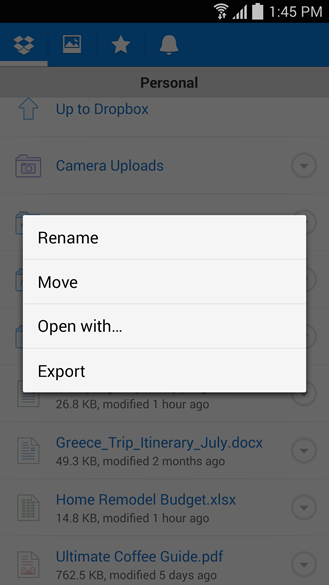 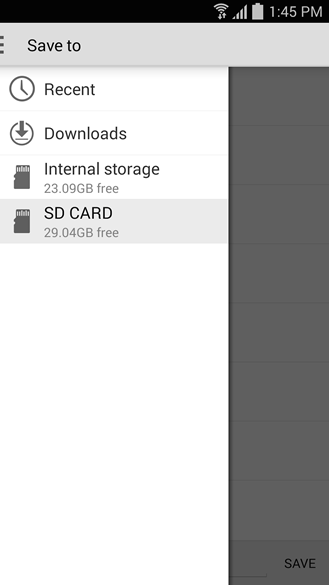 It appears Dropbox is finally getting in-line with the updated Android file management interface, which is a relief. The janky UI the app previously used was quite unpleasant. It's still a little awkward to get to the export dialog via the action button on each file, but your SD card should be listed in the location menu. Keep in mind other apps will have limited access to SD card files on KitKat because of the permission changes.

In addition to SD card exports, you also get faster searches and improved Android L support. That doesn't do you much good at the moment, but at least Dropbox is ready for the future. Now how about a UI overhaul, guys? The update will be live in the Play Store soon, but participants in the early update program are getting the new version right now.