September was a solid month for new Android releases. The new phone call functionality in Hangouts is easily the biggest news, but in our top picks below you'll find new media app options, new customization tools, ways to improve your videography, and all manner of interesting stuff to do on your phone or tablet. The honorable mentions section has even more goodies for you to check out. Your Android device won't be wanting for new things to do.

Google Hangouts can finally make VOIP calls, at least in the United States. In order to take advantage of this new feature, you'll need the Hangouts Dialer app. It's not really an app in and of itself, but it adds a dialer and contacts roll to the existing Hangouts app, and the shortcut will take you straight to the standard dialer interface. Now, if only the actual voice and video calls were a little more reliable... 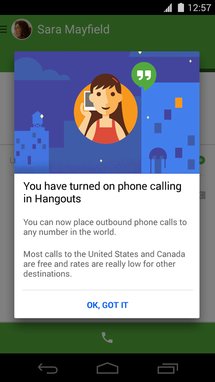 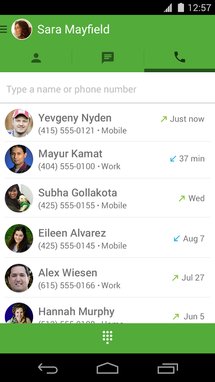 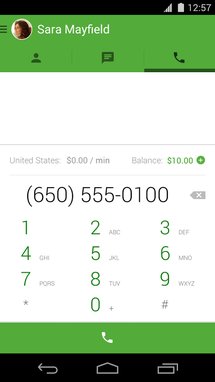 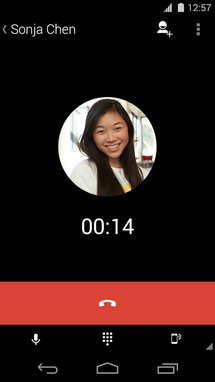 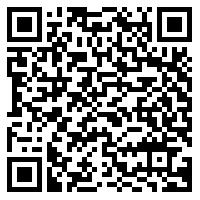 Android Police coverage: Horizon Wages War On Vertical Videos With A Little Help From Your Accelerometer

Whoever created this app is an AP-certified genius. Horizon uses your phone's gyroscope to make sure the camera is always level for videos, and more importantly, always shooting in horizontal mode. How much resolution you can squeeze into that shifting video frame depends on your camera's megapixel rating. You can even use the tilt of the phone to zoom in or out of the auto-stabilized picture - very cool. The free app is in demo mode, but it only costs a dollar to unlock unlimited videos with no watermarks.

Horizon lets you record horizontal videos no matter how you hold your device. Hold it upright, sideways or even keep rotating it while capturing, your captured moment will always stay horizontal. You can add filters, shoot with the back or front camera and share your creations. Ever felt you had to rotate your device while recording a video? Do you often end up with vertical videos or videos in wrong orientation? Enter Horizon. 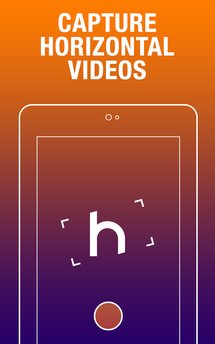 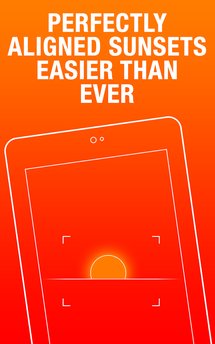 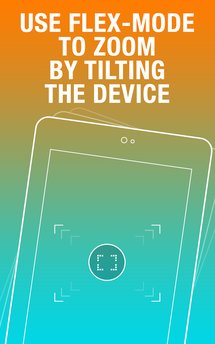 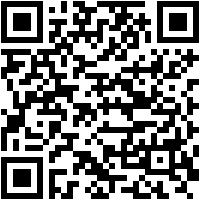 It's been said that sufficiently advanced technology is indistinguishable from magic. This AutoDesk app probably isn't magic... but it's pretty close. Use it to take photos of an object from all angles, and it will stitch them together to make a digital 3D model. Everything from a cardboard box to a human being can be captured. The models you create can be shared, and even exported for use in the AutoDesk desktop suite or other modeling programs.

Use your camera to capture people, places and things around you as amazingly realistic 3D models. Capture friends, sculptures, buildings or anything else you can photograph. Automatically transform them into interactive 3D models that can be shared with friends, family, and an ever growing community of 3D photographers.

• Turn your photos into realistic 3D models by taking a series of photographs from different angles.
• Be guided through the process of capturing all angles of your subject with the Integrated Photo Compass.
• Capture 3D portraits of your friends, museum displays, architecture, plants, cats or anything else you can photograph.
• Share your captures with friends through Twitter, Facebook, Email and SMS. 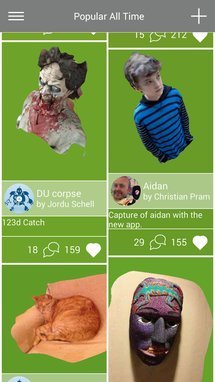 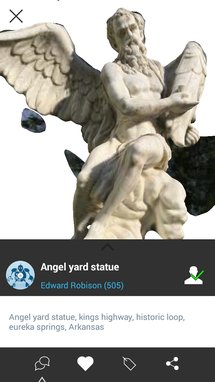 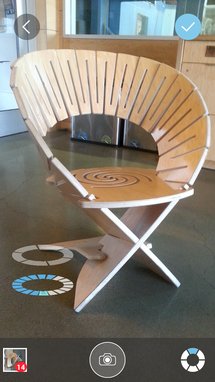 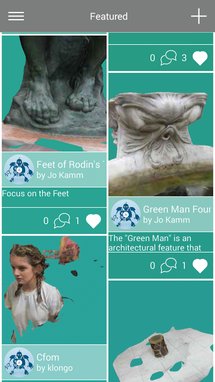 Sweet jumping Jehoshaphat, Amazon has finally enabled video purchases and Prime streaming on all Android phones and tablets. The primary Amazon app (previously limited to shopping) now has access to videos and the Amazon Appstore. But in order to actually play those videos, you'll need this add-on app as well.

The Prime Instant Video player enables video playback for the Amazon app for Android phones, available from http://www.amazon.com/androidapp. Prime members enjoy unlimited streaming of more than 40,000 movies and TV episodes at no additional cost and both Prime members and non-members can rent or buy from our catalog of hundreds of thousands of videos, including new release movies and current TV shows. 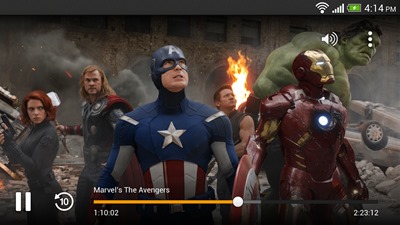 Noyze replaces the rather uninspired Android volume panel with something much more customizable. Users can select the layout, theme, and style of the panel. It can even hide up in the status bar, making sure not to get in the way of whatever app you happen to be using at the time. And best of all, Noyze requires no root or special permissions - just about anyone with 4.3 or higher should be able to view it. The app is free, though some themes are only available in the $1.59 pro IAP.

noyze is a free app that gives you complete control over your device's volume buttons. It is the only volume panel that does not require root, a custom ROM, or XPosed. Just activate noyze in Accessibility and enjoy. It comes preloaded with tons of settings, including master volume (sync all volumes), long press actions (next/ previous track or launch a shortcut), themes, and much more. If you've got a device with broken or jammed volume buttons, noyze allows you to disable them. Once again you can listen to music and get notifications. 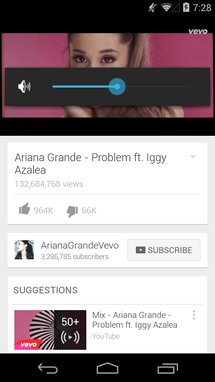 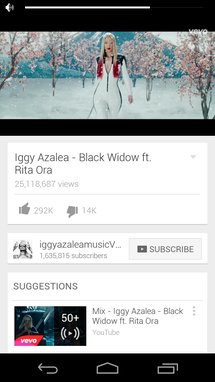 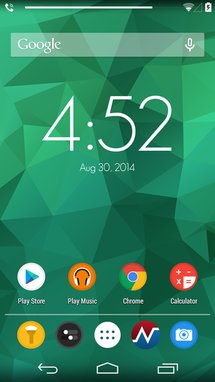 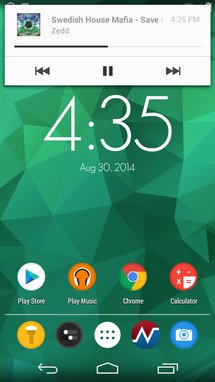 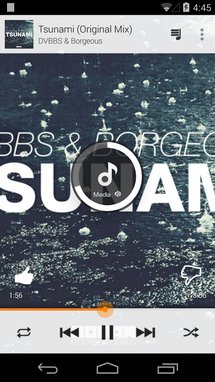 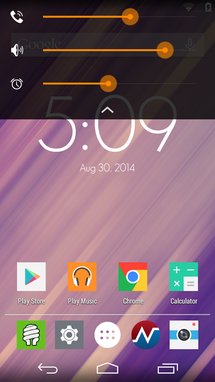 Boxer is a pricey but acclaimed alternative to Gmail and other mail clients, recently ported over from iOS. Most of the extra functionality is tied into the swiping menu, which includes canned responses, an integrated to do list, and support for external social and cloud storage services. Support for Gmail and all the usual webmail suspects is built in, as well as manual accounts for IMAP and Exchange.

Boxer is a faster, smarter mobile email app that adapts to the way you work. Boxer supports your Gmail, Exchange, Outlook, Yahoo, Hotmail, iCloud, AOL, Office 365, IMAP & POP3 email accounts. Boxer connects you to your favorite services like Evernote, Facebook, Linkedin, Twitter, Dropbox, and Box so that you can get more done in less time. Upgrade to a better email client today. Download Boxer for all of your Android phones and tablets. 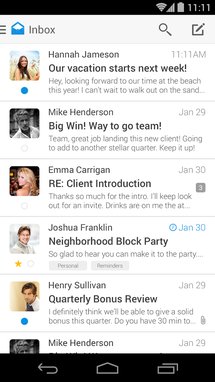 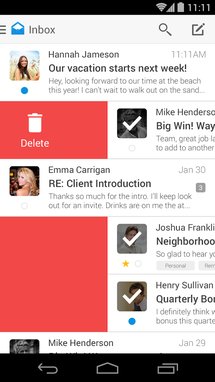 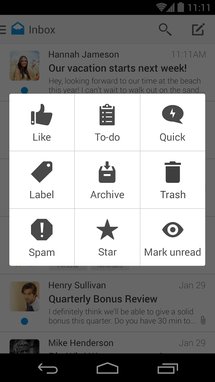 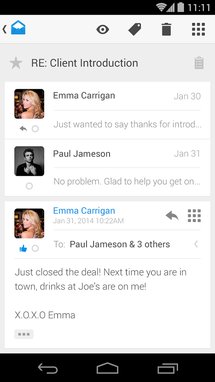 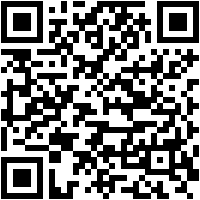 Most kids have an amazing capacity for figuring out standard consumer electronics, but if you'd like to keep your kids safe and endlessly entertained while locking down your phone or tablet, HomeTube is here to help. This app makes a big, toddler-friendly interface out of YouTube, which can't be closed or deviated from the given search term. Your tyke gets to browse umpteen billion videos on YouTube, and you don't have to worry about them accidentally changing the language to Portuguese.

Looking for an app that will keep your children occupied for a few minutes so you can wash the dishes in peace? HomeTube to the rescue. HomeTube transforms your Android device into a safe, child-friendly haven where kids have instant access to watch whatever YouTube content they want from a list of content you deem suitable. Child-friendly navigation allows kids to switch from watching a Curious George video to a Spider-man or Dora cartoon without requiring you to navigate them to the new content yourself.

That's all for September. We're expecting a certain Mountain View company to release new hardware and software sometime in the next couple of months, quite possibly in October, so keep an eye out for lots of Android L and Material Design apps in the next few weeks. Android Wear users, be sure to check out Ryan Whitwam's Wear app roundups for watch-specific functionality and new watch faces.