The Pebble used to be arguably the best smartwatch in the game, and if your primary concern is battery life or you want a ton of apps to play with right now, then it's still your best bet. But the competition has upped its game, and the black and white display of the Pebble Steel looks like a hard sell next to the colorful, circular one of the Moto 360. So here's Pebble's next move--the company has dropped the price of its watches by $50. This brings the original model down to $99 (€129 / £99). As for the Steel, it's going for $199 (€229 / £179). 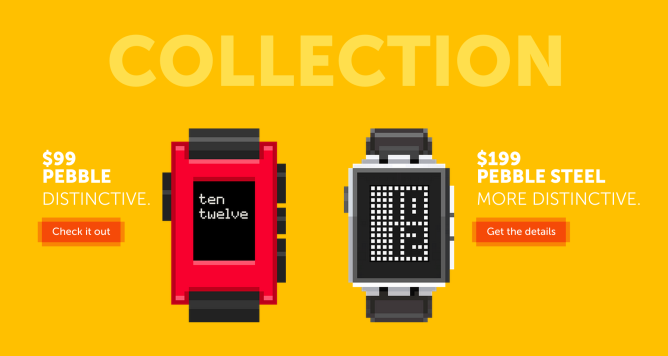 This price drop is joined by the release of a pretty big update. Now the Pebble is capable of tracking activity and monitoring sleep in the background. Jawbone, Misfit, and Swim.com have all released apps that can tap into this functionality.

Pebble is expanding its retail presence in the US, as its watches are now available in Sam’s Club and Fry’s Electronics. They're also set to appear in Sprint stores at some point in the future. Brits can pick one up at Dixons retail, O2, or Amazon.co.uk. The company is also expanding into stores in Benelux and Scandinavia. Android Wear and the Apple Watch may be grabbing the headlines these days, but Pebble isn't going down without a fight.

Motorola Says The Moto 360 Is Back In Stock On Its US Website—Hurry, Limited Quantities ...