Two months ago, we looked at the newest member of the SHIELD family, NVIDIA's SHIELD Tablet. This eight-inch beast is one of the first devices to feature NVIDIA's screaming fast Tegra K1 processor, which makes it not only a killer gaming tablet, but an all-around great digital sidekick for general use. I've used it for everything from Trine 2 gaming sessions on the TV (in Console Mode) to writing full reviews with an external keyboard, and it has been up to the task every time.

With this release, SHIELD Tablet gets a couple of enhancements: LTE and more storage. I'll be the first to admit that the 16GB of internal storage on the Wi-Fi model filled up quickly, especially with all the quality games that are hitting Android these days. I had to resort to moving games to an SD card almost immediately on that model, which I haven't had to do on the LTE unit thanks to the additional 16GB of storage. Thankfully, it still has an SD card slot and supports moving apps (and app data) to the SD card, should the need to utilize such a feature ever arise. 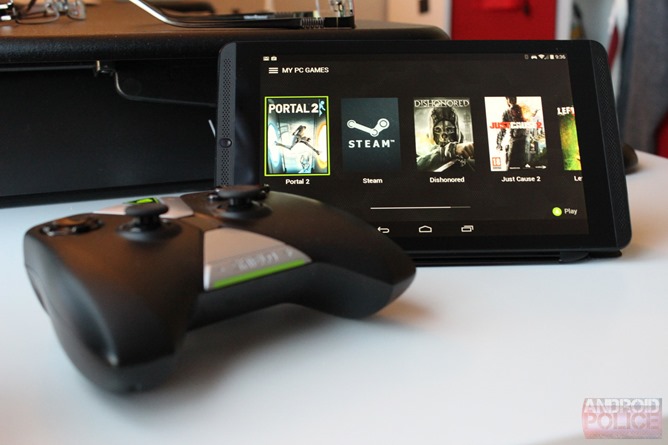 The biggest change here, however, is the addition of mobile data. SHIELD Tablet is certified to work on AT&T here in the States, but should also work fine on T-Mobile (and other GSM LTE networks). It's compatible with LTE Bands 2, 4, 5, 7, 17 and HSPA+ Bands 1, 2, 4, and 5 in North America, and LTE Bands 1, 3, 7, 20, and HSPA+ Bands 1, 2, 5, and 8 outside of North America...if that means anything to you. AT&T customers who want to commit to a two-year contract can also get a $100 bill credit when activating SHIELD Tablet.

AT&T coverage is pretty strong in my neck of the woods, and I spent a pretty decent amount of time using SHIELD Tablet away from Wi-Fi to see how well it handled the wild world of mobile data. Naturally, general use things like web browsing, social networks, and the like work just fine on LTE. The real question on a lot of users' minds is how well does GameStream and/or GRID work on LTE?

In short, both work exceptionally well...assuming you can get at least 10Mbps down and 5Mbps up on LTE. If you're getting less than that, then the experience is less than ideal, and I honestly wouldn't recommend even trying. If you can pull that or more, however, everything works beautifully. PC gaming on the go has never been easier, and it's awesome. 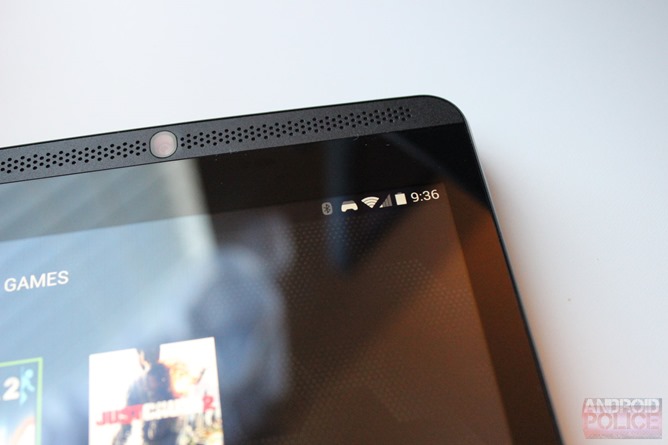 Otherwise, this tablet is just like the Wi-Fi version. The display, processor, RAM, and the like are all identical. Ergo, the performance is essentially identical, too. Gaming is crazy-fast and fluid, and just like its Wi-Fi-only brother, STLTE handled everything I threw at it.

One thing that may be of concern is how updates will work on the LTE version of SHIELD Tablet. We've seen issues with devices like this in the past, where carriers got in the way of timely update (*cough* Nexus 7 2013 LTE *cough*). I reached out to NVIDIA to address this very thing – here's what they had to say about it:

Typically we attempt to push out OTA updates to both versions around the same time.

So rest easy, would-be SHIELD Tablet LTE owners – updates will still come to NVIDIA and, unless they somehow affect the modem, should be released at the same time as the Wi-Fi model. That's definitely good news.

In other, similar news, SHIELD Controller has also gained some new functionality alongside the release of SHIELD Tablet LTE. Starting now, it can also work as a USB-connected controller for your gaming rig. In order to update with this feature, simply make sure you're running the latest version of GeForce Experience and plug in the controller over USB. The system should prompt you to update the controller, which will add PC compatibility. 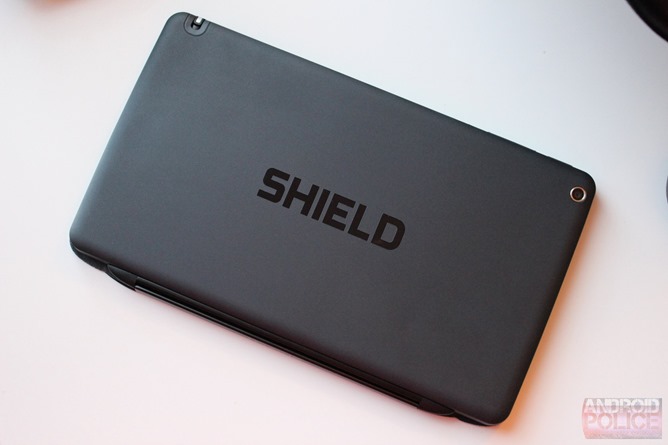 If you were waiting to pick up SHIELD Tablet till the LTE model became available, I think you made a good choice. The wait is over, and STLTE is a bigger, badder SHIELD Tablet. If you can't see yourself coughing up the extra hundred bucks for more storage and mobile data, however, the Wi-Fi version is still solid – just make sure you get a decent-sized SD card with it. You can find our full SHIELD Tablet review here.

Hands-On With Nokia's HERE: A Complement To Google Maps With A Few Aces Up Its Sleeve