Verizon tends to actively discourage users from rooting and otherwise modifying their phones - that is to say, the users' phones, not Verizon's. Despite a draconian bootloader policy, the HTC One M7 (2013) has had at least some form of S-Off available since October of last year, and Justin Case's Sunshine tool has taken care of the more recent software builds. It's a little late to the party, but the official build of the Team Win Recovery Project is now available for the HTC One on Big Red. 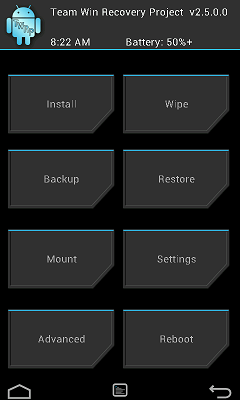 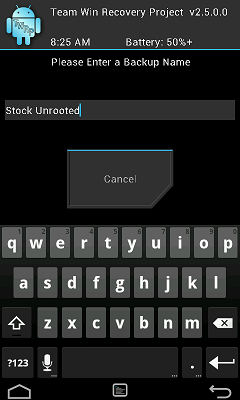 TWRP doesn't have screenshots specifically for the Verizon One M7, these are generic shots.

Prospective flashers can grab this build of the Team Win Recovery Project from the TWRP website. Be sure to select the recovery image specifically for the Verizon HTC One M7 - presumably this CDMA version of the phone is different enough from the unlocked and carrier models that other builds of TWRP are unsuitable. If you've already unlocked your phone and you know your way around ADB and Fastboot, you know what to do.

The Verizon version of the HTC One actually has a pretty healthy community of root and ROM enthusiasts, proudly flashing various modified stock builds and a few built from scratch for the better part of the last year. If you'd like an easy and reliable way to flash and backup your system, hit the link below. If you're looking for the same thing for your HTC One M8, it's been available for a few months.