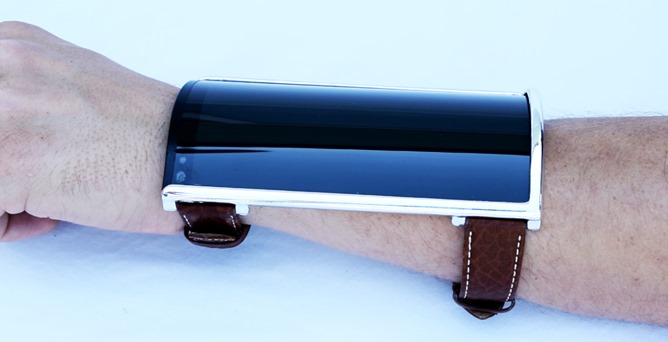 But all of that pales in comparison with the audacious, obnoxious, and downright dumb Portal Wearable Smartphone DisruptOverload. Yes, that's the Indiegogo project's full name, and apparently they only avoided further idiocy because they couldn't put #DisruptOverload in the headline. Not only is the concept itself laughable and lacking in any kind of restraint, the unbelievable arrogance demonstrated in its presentation is a master class in how not to ask people for money to finish your half-baked idea. 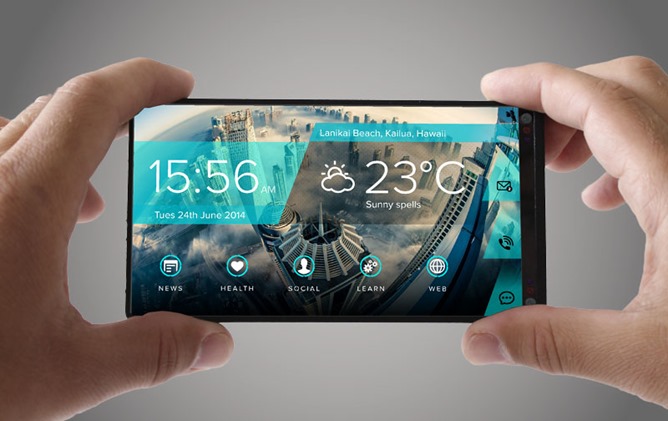 The funding is flexible, just like the product itself! And the creators' and investors' concept of realist product planning! 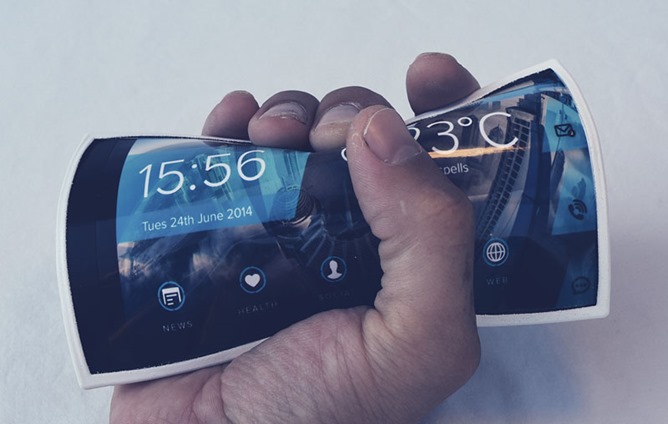 The Portal is an Android smartphone that's also a smartwatch, at least technically - its body and 6-inch (or possibly 4-inch) screen can be strapped to the user's wrist with the aid of double watch bands in the manner of a PipBoy, Leela's Thing On Her Wrist, and other fictional items. It's both flexible and durable thanks to a "Soft Impact Kevlar infused body." It uses 2GB of RAM, 64GB of storage, and the "Fastest multi-core CPU." It's water resistant to 10 meters (most "tough" phones only manage 1.5), and the 3200mAh "Portal proprietary flexible battery" will last for 8 hours on a charge. The flexible polyurethane body is 4.8mm thin. 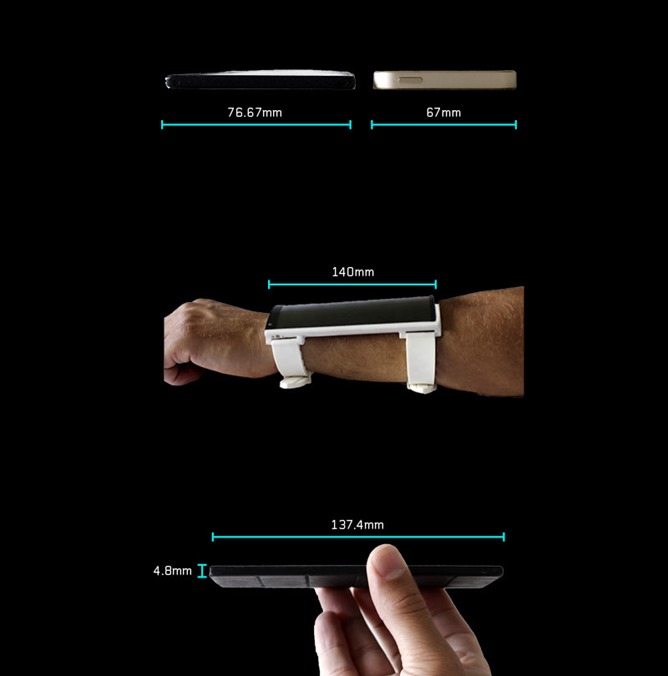 It includes support for apparently every single GSM and LTE wireless band, or at least every one that the creators could find on Wikipedia. It will support "most apps from the Google Play Store" running the "latest stable build of Stock Android with a custom user interface." No contradiction there, right? The Portal has no less than four cameras, two on the side for filming outward and recording all the amazingly athletic things you can do with a giant phone strapped to your arm, and two front-facing cameras. 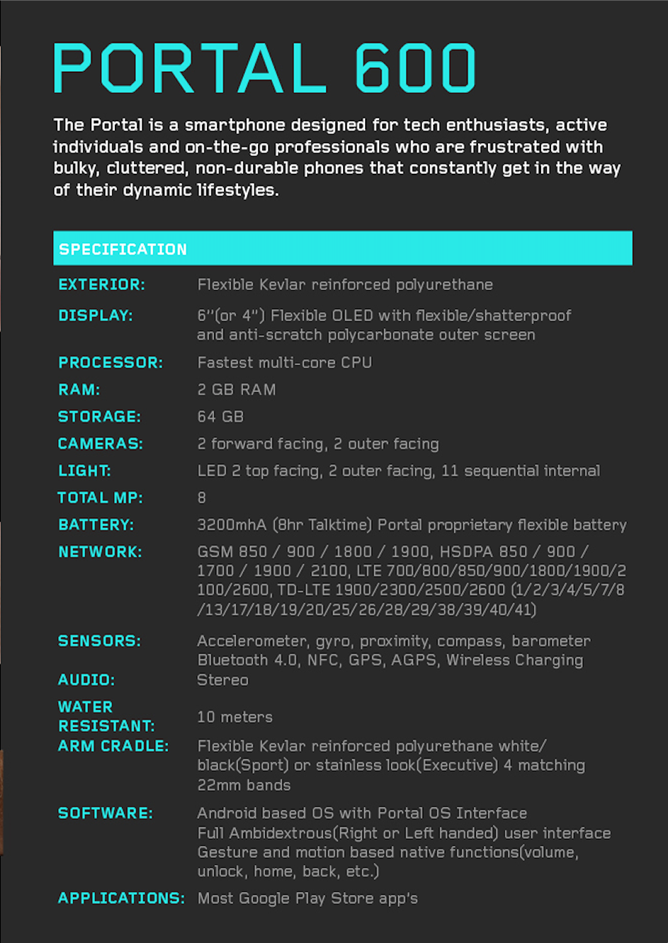 The Indiegogo campaign creators swear they've been working on the Portal for "a while now," and that the amazing technology built into the non-functional mockups and renders is on its way. Unfortunately, the "well-known" vendors for the various components, like the primary system-on-a-chip, the heart rate monitor, and whatever technology lets you cram a six-inch screen and 3200mAh battery into a flexible and waterproof 4.8mm body that bends around your arm like a slap bracelet, are going unnamed for now. This is because the Portal organizers are bound by non-disclosure agreements from their super-secret dealings with suppliers.

Unfortunately the mobile space is very competitive and every supplier wraps us up in more legal documents than you can imagine.  This is why some of our details are so vague.  Some of them are vague simply for competitive advantage.  You don't see the "big guys" publishing specs prior to launch either.  The "big guys" just print money so they don't need to expose any details prior to launch so we have somewhat of a disadvantage with that.

But don't worry! You can see that it's totally a thing that is happening! Look at all those renders and mockups, including the custom interface! They have icons!

We showed the interface to Liam, who works as a graphic designer, illustrator, and photographer when he's not playing with Android phones. When he started breathing again, he said, "the interface looks a futuristic nightmare - chaotic and unfriendly, having cashed in user experience for gradients, textures, and distracting backgrounds." 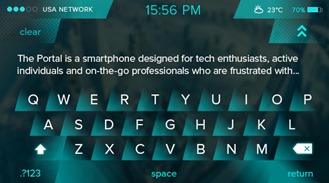 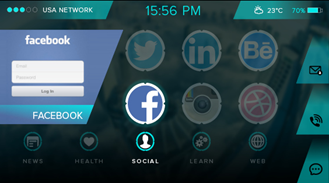 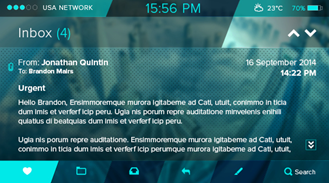 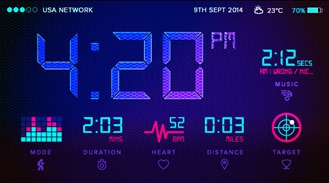 Let's put aside the fact that Portal is, at least by the standards of technology available in consumer-grade electronics at the moment, basically impossible. (Don't worry, one of the guys making it used to repair phones. He totally knows what's up.) Have a gander at Portal's Indiegogo video, full of people who are disgusted at the lack of innovation in mobile technology, and are convinced that they can solve all of it with a single device... and your money. Be sure to check out the montage at the end of the video with people jumping out of planes, golfing, and splashing each other with non-functioning dummy units.

"The problem with the mobile market right now is that the phones are all the same," declares marketing manager Kaavya Reddy. "What little differentiation they have is that some are less user-friendly and some are less durable. Things like THIS," she says, holding up a shattered phone screen, "still happen! So we're here to change that!"

This kind of arrogance is painted all over the Portal campaign page, starting with the title. In the very first body text, the organizers encourage you to tweet with #disruptoverload to support their efforts to "break the mold." Backer levels include the $49 "Believers Pack," the $349 "Trend Setters" (the first backer level with actual hardware), the Executive Trend Setter (with Organtic [sic] Tan and Stainless Steel bands), the Dub Status, and the $10,000 Baller Pack, which includes 20 Portal units, a press release, and behind-the-scenes access to the designers. And lots of T-shirts. 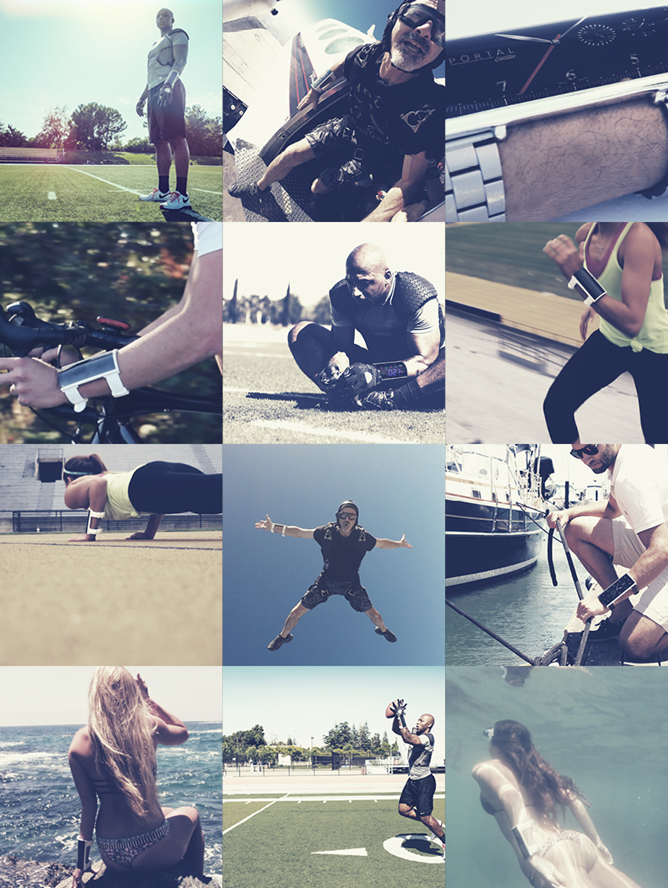 Not shown: people actually using a smartwatch. Also not shown: why people would want to use a smartwatch in any of these situations.

Despite the fact that the Portal campaign hasn't actually shown a working unit, they've totally completed the PCB design and "a few prototypes," along with software development and supplier logistics. So if they've got all that done, why do they need your money? All they have to do is get certifications, finish the OS, and send it to market. The "Risks And Challenges" subsection includes certification and IP negotiations, and amazingly fails to mention the possibility that some of this technology might not actually exist. 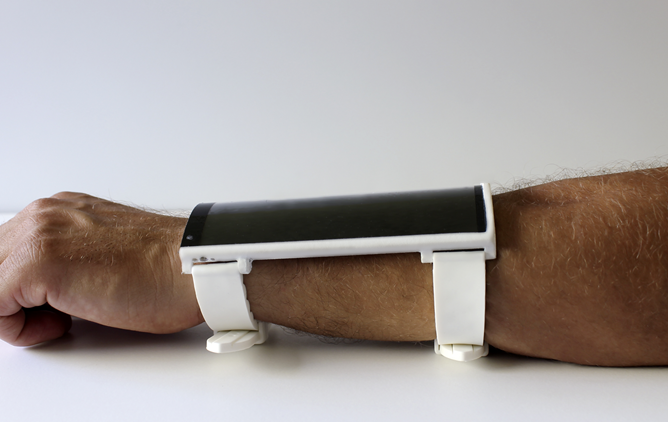 All of this will be finished, then assembled in the United States and shipped to backers, by September of 2015. Of course, that's only if Portal reaches its goal of $300,000 in funding in the next 27 days. Currently they've only got about $12,000, but don't worry - even if they don't reach their goal, they'll keep your money, because the campaign uses Indiegogo's Flexible Funding option. The fact that the organizers get paid no matter what happens should in no way dissuade you from contributing... or them from finishing. If they don't get the money they need, they'll go look for investors that they actually have to pay back alternative funding methods.

It's worth noting that this kind of campaign wouldn't be allowed on the slightly more reputable Kickstarter, which requires functioning prototypes for hardware and does not pay out unless campaigns reach their funding goal. At least the Portal project has some real people behind it, with their names and photos attached, unlike some of the shadier Indiegogo campaigns. 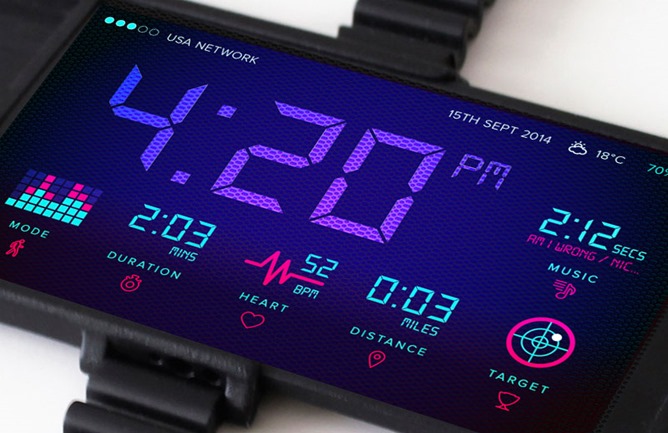 If you believe this team of six "incredible" people, including a mechanical engineer who can use a soldering iron and a graphic designer with a British accent, you can lay your money down right now. Surely you will never regret helping to usher in the future of mobile technology.

AT&T Promotion Doubles Some Mobile Share Value Data Plans (From 30GB Up To 100GB) From Now ...