About four months ago, Google added Auto Awesome Stories to the Google+ Android app. This feature groups photos taken at roughly the same place and time when you're traveling away from your home area into a nifty slideshow or "travelogue." It looks like someone at Facebook really digs the idea, because we've been alerted by multiple users who say they've seen pretty much the same thing in the Facebook app over the last few days. 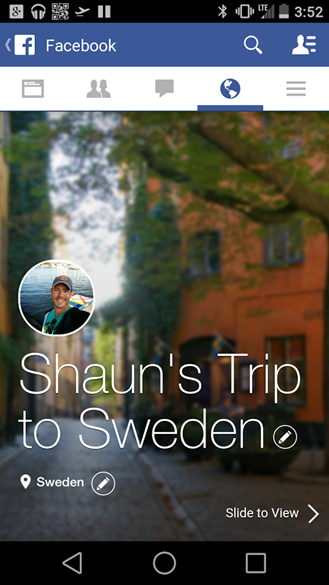 Only a few users seem to be accessing the feature right now. One tipster said that he got a prompt to "view related posts in a slideshow," after which he could scroll through the relevant photos and a rough map of his journey. The photos and video seen below are taken with a Nexus 5, and the user is opted in to the Facebook app beta. Users can edit the sub-section titles and the precise locations, but not the photos or captions of each individual photo.

Thanks to Kyle for recording and sharing.

He also saw the slideshow prompt when using Facebook's mobile website, but strangely, trying to actually share this collected trip slideshow doesn't work - no other Facebook users can see it in their timelines, including Kyle himself. That makes it probable that the feature is still in beta and might be in active development at the moment. Neither the prompt nor the post seems to appear in the full desktop web version of Facebook. 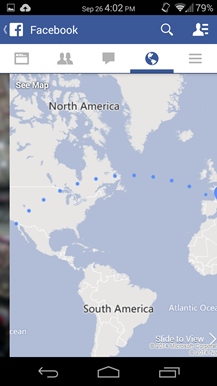 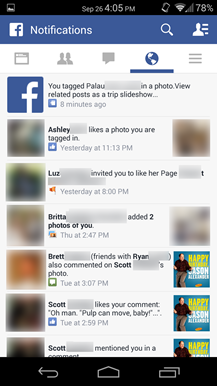 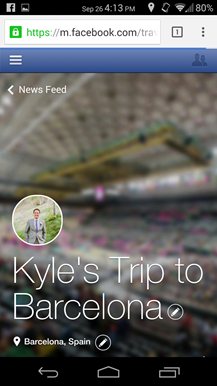 This sort of thing isn't unusual for competing services, though it seems like Facebook's implementation is more or less a direct copy of the Google+ version. And since Facebook still has more active members, once it goes live for everyone all your non-techy friends will probably start calling it the "Facebook trip thing" while still refusing to use Google+. Expect to see a wider rollout within the next couple of months.

Update: For comparison with the video above, here's Kyle's Auto Awesome Story of the same trip.


Thanks, Kyle and Shaun McLane!

Google Turns 16 Today, Celebrates With A Doodle Before Dad Takes It To The DMV