Pocket Casts is one of the more attractive mobile podcast managers out there, and it's pretty accessible too. The Android app is easy to use, and with a cloud sync account, you can keep up with shows across numerous devices. Now the team is expanding functionality to the desktop as well. A web version of Pocket Casts is on its way, and it's currently available in a private beta.

You have to get permission to use the beta, but once in, here's what you see. 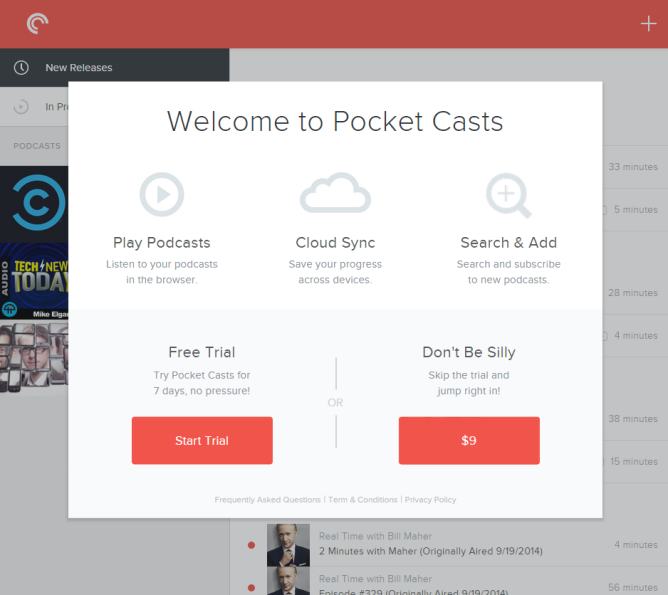 Pretty much everything you need to know about Pocket Casts for the web is that it's Pocket Casts... for the web. The UI should look familiar to anyone who is already accustomed to the app.

You may have noticed from the first screenshot that there's a $9 fee to use the web player after the 7-day free trial. The team wants to make money, and if you think they're at all ashamed, take a look at the humorous payments interface.

Pocket Casts is willing to take payments through card or PayPal, whichever works best for you. Sign up here if you're interested, but if you end up having to wait, the official release probably won't be too far off.

Pocket Casts for the Web