Considering the competitive nature of the mobile market, it's actually pretty surprising that Microsoft supports Android as well as it does, at least for its own services. The company has released over 30 apps for Android, including a free and official version of Microsoft Remote Desktop, the official RDP client for Windows. Today's update brings support for KitKat's handy immersive mode, which makes a lot of sense for a remote computer viewer... but only on tablets. 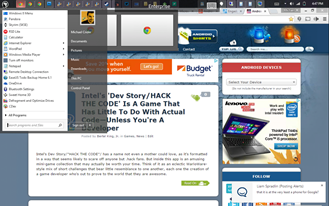 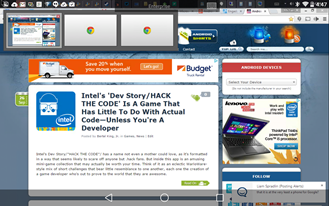 Notice the transparent Android notification and navigation bars on the right.

We've tested the new version on various phones and tablets running 4.4+, and that particular feature does indeed seem to be limited to tablets for the time being. It's a shame, too - phones could benefit from the extra screen real estate, especially ones with resolutions lower than the typical laptop or LCD monitor. Other changes in Remote Desktop include general bug fixes for proxy problems, along with a quick update for a crashing problem.

Microsoft Remote Desktop is a free download with no in-app purchases, but you'll need Windows 8 Pro, Windows 7 Professional, Windows Vista Business, Windows XP Professional, or any higher tier of those respective Windows versions to use it.

Yet Another Photo Purports To Show Shamu, Motorola's Gigantic Maybe-Nexus