Verizon has announced an over-the-air software update for the DROID DNA that's going to make a few users upset. There's no reason to wonder if this latest firmware version will make it more difficult to achieve root access, for the carrier has put this little tidbit of information towards the top of the change log. The second, and perhaps most interesting, item on the list reads: Device root vulnerability issue has been resolved. That's pretty much all rooted users of the DROID DNA need to know about the 4.09.605.5 update. 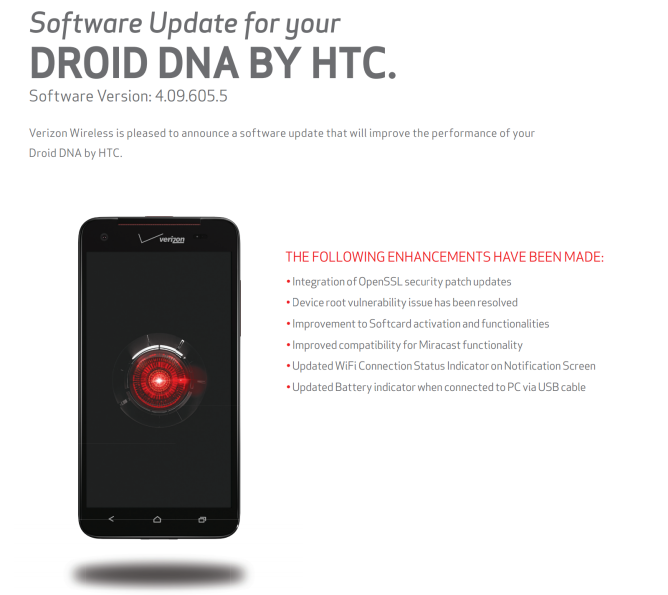 At least this time they told you.

If you have no interest in rooting your device, then there's no particular reason to avoid this update. The other stuff on the change log isn't particularly exciting, but it's all stuff you're probably better off with. So those are your choices, avoid the update like the plague or shrug it off and let the OTA do its work.