There's a new Asphalt game available from Gameloft! But fans of the previous titles might not be so thrilled with the latest one. While Asphalt 8: Airborne was more or less a clone of arcade racers like Need For Speed, Asphalt Overdrive is a lane-based, candy-coated "endless" racer, with the player running away from cops in a Day-Glo take on 1980s California. It's a free download for Android 4.0 or higher.

If you moved one of the high-speed chases from Grand Theft Auto: Vice City into a highway with just three lanes, then removed the player's ability to steer or accelerate, it might look a lot like Asphalt Overdrive. Each stage has you running from the cops for a set distance, with the opportunity to earn "nitro" speed boost by jumping over ramps, making tight escapes, and smashing law-abiding motorists off the road. 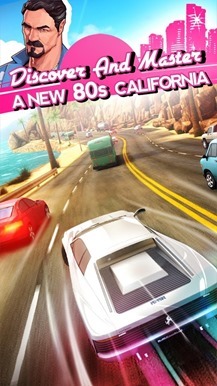 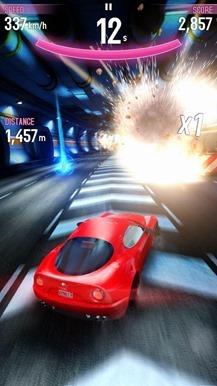 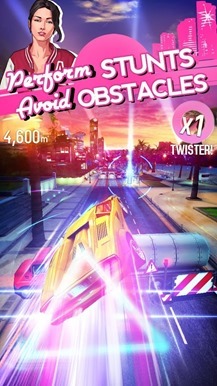 Like previous Asphalt entries, Overdrive features real licensed cars - at least in the sense that they're based on actual machines - with the obvious inclusion of classic rides from the 80s and earlier. The graphics are just as polished as you'd expect from Gameloft, with an emphasis on flashy lighting effects and speed blurs. The game connects to Facebook (not Google+) for its social elements, including "gangs" of friends and time-delayed tournaments. It's all very well done for what it is, but those looking for a conventional racing game will probably be put off by the swipe-only controls. 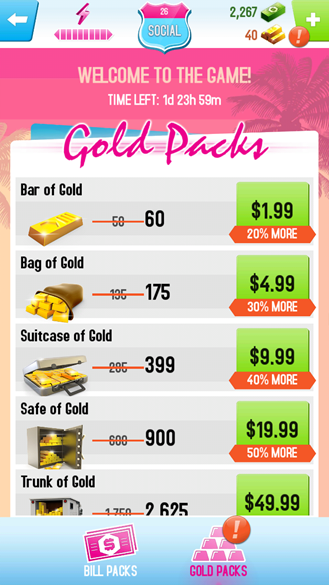 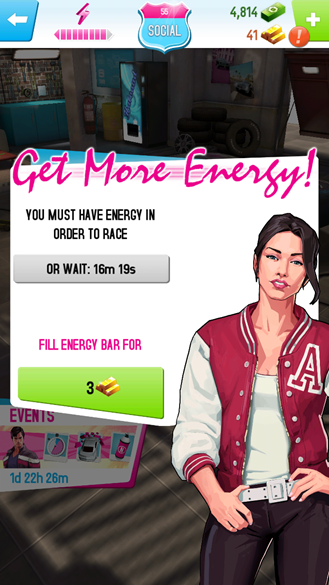 Since some of you jumped to this paragraph just to check out the in-app purchase situation, I won't disappoint you: there are a lot. Asphalt Overdrive uses the standard dual-currency model for car upgrades and extras, and the more useful gold bars are exceedingly rare during in-game play. You'll also need to spend those bars to fill up an energy meter, which slowly empties over play unless you wait it out. Naturally, you can spend real money on fake money to make things like waiting and challenge disappear.

The Untold Story Of The HTC Nexus 9