Cyanogen, Inc., the corporation that sprang from one of the largest families of Android custom ROMs, is expanding its corporate family once again. This time they've hired Leigh Momii, a Seattle-based executive currently with HTC's American arm. Momii has been employed by HTC for the last three and a half years, and intends to leave her position on Friday to become Cyanogen's Product Evangelist. She announced her plans on Google+ this morning. 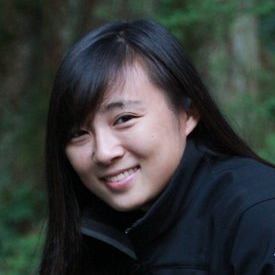 For those who aren't up on your corporate speak, an "Evangelist" is basically a more advanced kind of PR manager, usually assigned to a specific market or interest group. At HTC Momii started as a Developer Evangelist, a position she held for some time before adopting her current role of product manager. Earlier this year she actually helped us out by announcing an update to the developer edition of the 2013 HTC One.

Though exactly what Momii will be doing at Cyanogen isn't clear, at least she'll be in good company. In the year since the company was officially founded, they've hired people from HTC, Microsoft, and MediaTek, as well as well-known members of the Android ROM and enthusiast community. Cyanogen Inc. has also secured millions of dollars in funding and provided software to hardware partners like OPPO and the fledgling OnePlus. Based on this new hire, it looks like the company intends to keep expanding.

Anomaly Defenders Arrives On Android To Finish Out The Anomaly Series By Going Back To Its ...