Update 9/19/14: The bill reminders feature of Google Now seems to have been in a pretty limited rollout since May when this article was originally published - nobody on the Android Police team has seen one personally. But starting earlier this month, many of us have started seeing them all of a sudden, which seems to indicate a much wider availability. Perhaps Google took the time to iron out all the kinks before expanding bill reminders to everyone.

Have these reminders popped up in your Google Now card list lately? Let us know. 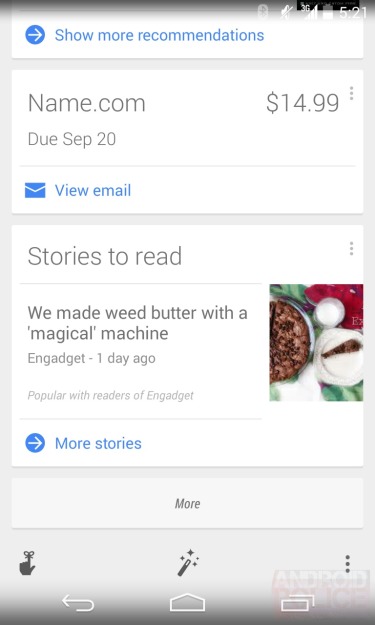 As predicted back in March based on an APK teardown, Google Now has received bill reminder integration via your Gmail account. The level of detail for some billers seems fairly basic at the moment: Google Now identifies emails in your Gmail account as bills, and a card will show up with the name of the biller, the amount due, the due date, and an option to view the email the bill was sent with. 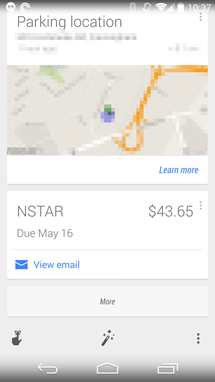 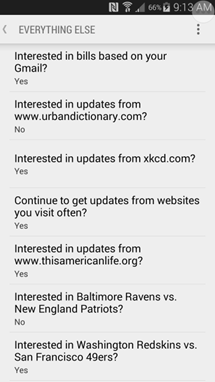 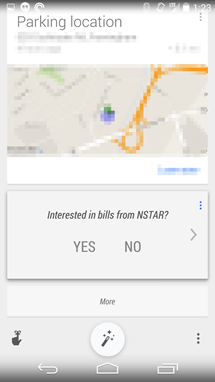 The "Pay now" image we mocked up doesn't look exactly like what our tipster sent, but that's probably because this bill isn't for a billing provider Google Now has achieved rich integration with. What you're seeing is probably the most basic incarnation of the feature, whereas other billers may have or receive in the future more detailed information and options for action (such as paying your bill). 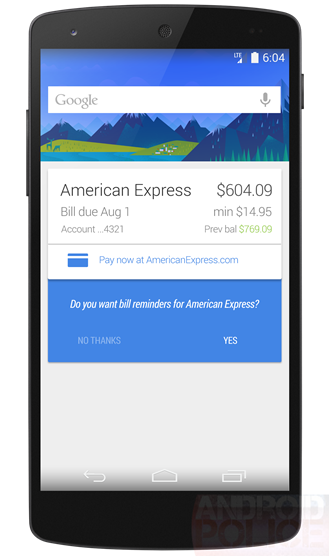 We know that strings for things like minimum payments, previous balances, last month's bill, and "see more bills" exist in the Now APK, but Google may not be leveraging all those tools just yet. Then again, maybe we just need to see more bills: do you have the billing feature? Have any good screenshots of it to share? Tip us at tips @ androidpolice dot com or share in the comments section below!

Thanks, Stephen and Chris!