Science fiction buffs are getting very excited about Interstellar, the upcoming movie from director Christopher Nolan (of The Dark Knight and Inception fame). To drum up a little more excitement, Paramount has created and published a mobile game tie-in. Interstellar is a free download for Android 4.0, and unlike a lot of licensed games, it has no in-app purchases... so you can save your money for Coke and popcorn. Unlike even more licensed games, it's got some unique ideas and a solid presentation. 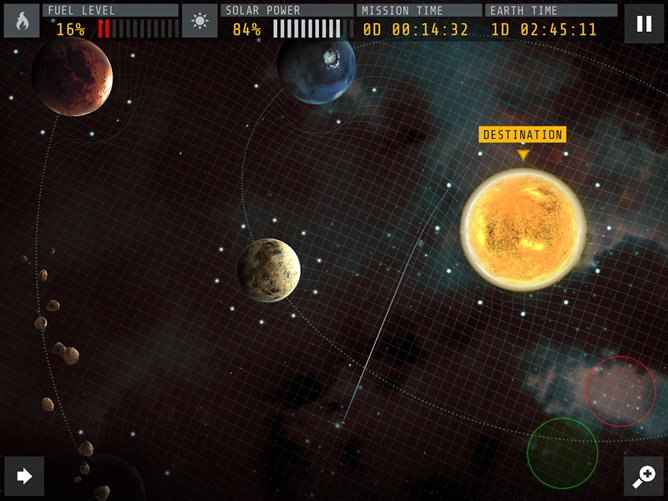 The movie follows a group of space explorers headed for a black hole. The Android game isn't the usual cobbled-together shooter or endless runner (or even a Bejeweled clone) you might expect from a blockbuster movie. The player is tasked with piloting the spaceship Endurance throughout the voids of space, paying particular attention to gravitational fields, direction, and velocity. In the main gameplay mode you travel to other solar systems, dipping into orbits of suns and planets to collect fuel. It's much more difficult than it sounds: after an initial push, you can only steer with gravity and thrusters to accelerate or decelerate. It's kind of like an amazingly technical version of Angry Birds Space. The setup is actually quite hard; the first few times you try to swoop in for some energy you'll probably get caught in a gravity well and crash. 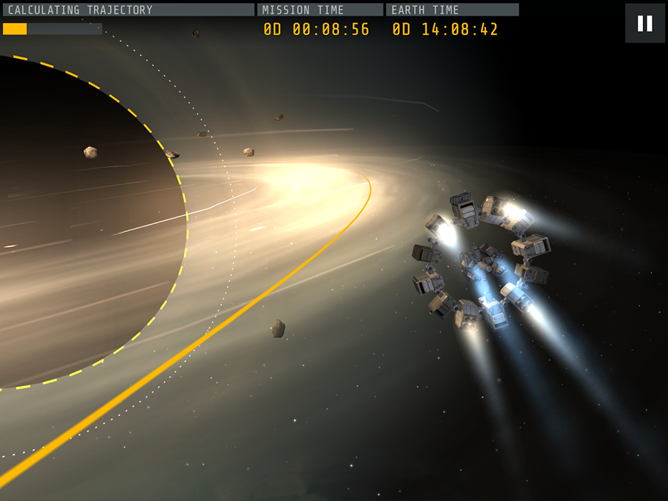 The mechanism for moving between solar systems, where you control the ship directly as it orbits a black hole, is impressive. The speed and left-or-right dodging is twitchy as you try to keep your ship in the right course. The solar systems you visit aren't just a bunch of backwater planets: they're the "home" systems of other players, carefully created with the game's custom planet and moon generator. It's like visiting your friend's Farmville plot... only bigger. You create your own solar system at the beginning of the game. 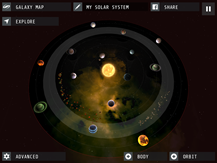 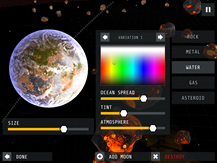 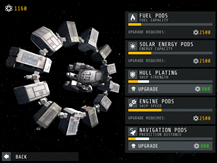 All in all, Interstellar is an unconventional and thoughtful game, and surprisingly well done. It probably won't tell you much about the upcoming Nolan movie, but it's a fun little diversion with at least a bit of conceptual science thrown in with the fiction.