Among the many things announced at Google I/O was support for casting custom backdrops to the Chromecast. We haven't heard anything about it since then, but now users are beginning to report seeing "Casting Backdrop" listed on their devices. 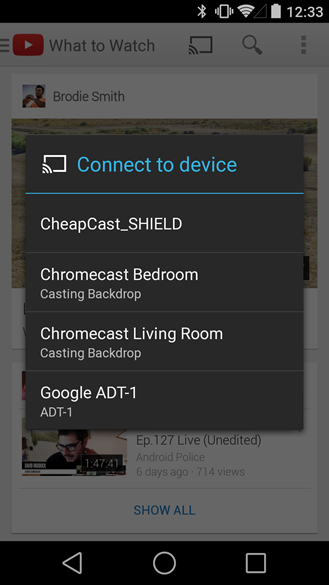 By default, the Chromecast cycles through a catalog of nice images when not in use. Custom backdrops will allow you to connect your Google+ galleries to the device or simply choose a specific category of images from the main feed. The Chromecast app will probably be the hub for these settings, and it'll also tell you about the image currently up on the screen.

What we're seeing right now is only the "Casting Backdrop" phrase, but there are no additional settings just yet. It's also only popping up on Android L. Presumably an update to the Chromecast app is needed before the full functionality is unlocked. It may also be a separate app, but I wouldn't bet on that.