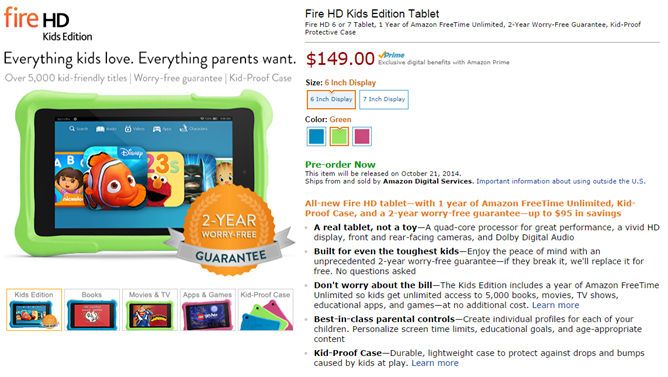 As if that in itself isn't enough, the tablet also comes with a year of Amazon FreeTime Unlimited. This allows children to read, watch, and play all the books, movies, TV shows, and games they can handle. That's a pretty killer value.

On the hardware side, the FHDKE is packing an unnamed quad-core processor and unspecific HD display. Amazon isn't focusing too much on the hardware here – it clearly wants to push the experience more than anything (taking a page out of Fuhu's book with that one). It does look like a kid's tablet, however – a nice rubber bumper 'round the outside clearly screams "I'm for kids!"

EA Releases FIFA 15 Ultimate Team In Canada, Coming Soon To The Rest Of The World