People seem to love gigantic screens on their phones - just ask Samsung (or Apple). And of course, plenty of customers want phones that are cheap, or at least cheaper than the flagships. And the one thing that everyone wants is longer battery life. ZTE and T-Mobile are going to try to please the intersection of these market segments with the ZMAX, a big phone with a big battery and (impressively) a small price tag. 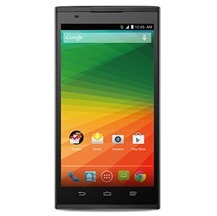 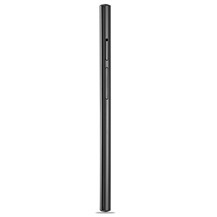 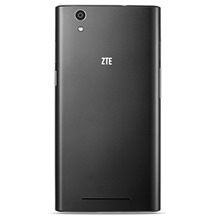 The ZMAX's screen is a large 5.7-inch panel, just as big as the Galaxy Note 4, though it's only got a quarter of the resolution at 1280x720. Underneath you'll fine a somewhat pokey 1.2Ghz Qualcomm quad-core processor (the same Snapdragon 400 that seems to go everywhere these days), a generous 2GB of RAM, 16GB of storage plus a MicroSD card slot, NFC, an 8MP rear camera and a mere 1MP front-facing shooter, and Android 4.4. But what's really impressive is the 3400mAh battery, which is right in the territory of Motorola's long-lasting MAXX series. The large screen size helps keep the phone to a relatively thin 8.9mm, despite the battery. It's not exactly a looker thanks to big bezels and a nondescript plastic case, but I'll forgive that in favor of what looks like relatively stock Android.

Best of all, the ZMAX will be sold for around $252, if the $10.50/24 month T-Mobile installment plan adds up to the retail price as usual. That's not bad at all for a phone that should run Android just fine, and much longer than other phones in its price range. The ZTE ZMAX will be available from T-Mobile starting on Wednesday, September 24th, and a MetroPCS version will follow sometime later this year.

RICHARDSON, Texas--(BUSINESS WIRE)--ZTE USA, the fourth largest smartphone manufacturer in the U.S.*, today introduced the ZTE ZMAX at its launch event in New York City and announced the phone’s exclusive availability with T-Mobile beginning September 24. This beautiful, value priced LTE smartphone with a 5.7 inch HD screen heightens performance and class in the mid-range market, giving T-Mobile customers more choice and exceptional value they’ve come to expect. The phone’s 3400 mAh battery is one of the highest-capacity batteries on the market and, under normal usage, lasts two days on average with a single charge. The ZTE ZMAX has a curved smooth back and slender build that gives the word phablet a whole new feeling.

“The ZMAX is the latest example of ZTE designing devices with the user in mind. It has more battery life, more screen and more style but it does not cost you more,” said Lixin Cheng, chairman and CEO of ZTE USA. “When customers see the unique look of ZTE smartphones and the technology, they are surprised our phones are a third of the cost of mainstream brands. We think the ZMAX is going to be a great addition to T-Mobile’s Un-carrier proposition and we are excited to have the ZMAX on their network.”

ZTE ZMAX ships with a nearly-stock version of the Android KitKat 4.4 operating system. The approach to the OS continues into the exterior design of the device, with its square corners, rounded back and semi-matte black finish. Behind its HD 5.7-inch screen is a Qualcomm quad-core processor, Dolby Digital sound and 16GB of storage that is expandable to 32GB with a micro SD card.

Starting September 24, the ZTE ZMAX will be available at participating T-Mobile retail locations and online at T-Mobile.com for $0 down and $10.50 a month for 24 months on T-Mobile’s Equipment Installment Plan (EIP). MetroPCS will carry the device later this year.

Android 4.4.4 Kernel Source Code For The Spice, Micromax, And Karbonn Android One Phones ...