We first reported on Android Silver back in April this year as an attempt by Google to premiumify Android phones with more Google branding and stock software in partnership with OEMs and US carriers. The program was supposed to launch early next year, and according to our source, would even entail custom retail booths in carrier stores, supplied and funded by Google. Google would also provide marketing assistance, customer support, and help carriers with sell-through, providing employees training on selling and teaching customers how to use Silver devices. There would be a handful of Silver devices on the market at any given time, and for the initial launch, the initiative would be limited only to the US, where carriers exert much stronger leverage against phone OEMs than probably anywhere else in the world, bar Japan and Korea. 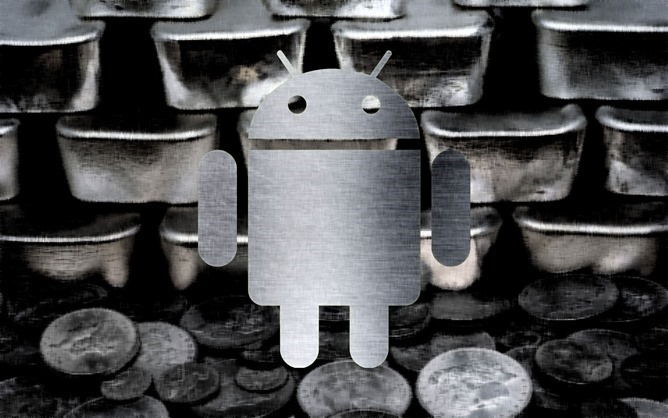 Well, The Information says that's all probably toast. When CBO Nikesh Arora left Google, it sounds like the Silver project was put on life support pretty quickly. Arora had been pushing the effort with handset makers and carriers as part of his existing responsibilities at Google, but the Silver project that was allegedly under his management appears to have gone cold.

Silver was an attempt to more directly target Apple in the US market, one of the few market share strongholds Apple has remaining in the western world. While Android phone sales outnumber iPhones by volume, Apple still makes the vast majority of profits on US smartphone purchases, even compared to Samsung (Apple still even maintains the smartphone profit title if you're looking at the whole world, too). Android Silver would have attempted to bring Android's most premium (eg, expensive and thus profitable), desirable handsets under a single branding and software experience banner.

According to TI, even Google itself was never really fully on-board with Arora's plans, and many openly wondered what exactly this would have meant for the Nexus program. Carriers and OEMs were skeptical, too, which makes sense, particularly since US carriers have an almost psychotic obsession with differentiation for differentiation's sake when it comes to their products, and Silver would have made that differentiation much more difficult.

While TI's source doesn't specifically say Android Silver is dead, it seems like almost a given at this point - Motorola and Google are working on an apparently quite large Nexus phone codenamed Shamu, and new rumors around Android Silver seem to have dried up. Which, in all honesty, is probably a good thing for Nexus fans, as Google has to have some phone to hold up as a shining beacon of pure Android-ness.

Google Renames Maps Engine To 'My Maps,' Introduces A New Logo And Other Small Improvements

Verizon's Samsung Galaxy S5 Is Getting An Update With Minor Changes And Flips The Switch On ...