Pandora is currently rolling out a redesigned version of its Android app that may just cause more than a few double takes. The Internet radio service has looked largely the same on Android for a few years now, but the UI introduced in 5.5 is strikingly different - at first, at least. This change is stark, but it's only surface deep.

The Pandora app has been stripped of its blue gradients. In there place we see solid whites and grays supplemented by blue text and borders. The screen for currently playing music is drastically different from Pandora's old look, though it may bring back memories of Google's Honeycomb music app or Microsoft's Zune. It's worth pointing out that this screen now has transparent navigation and notification bars. 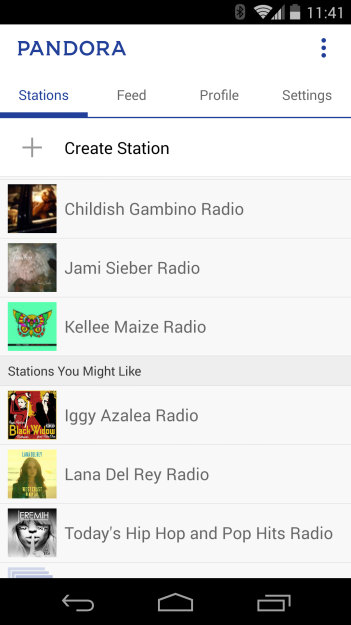 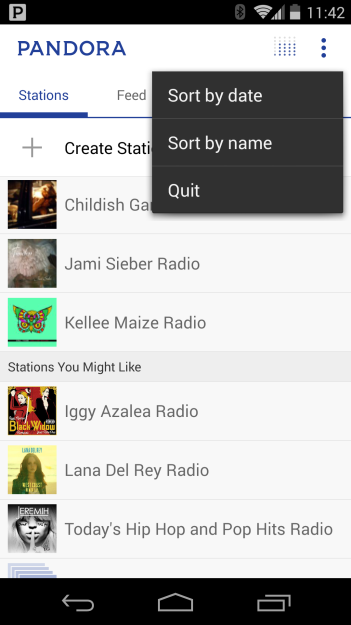 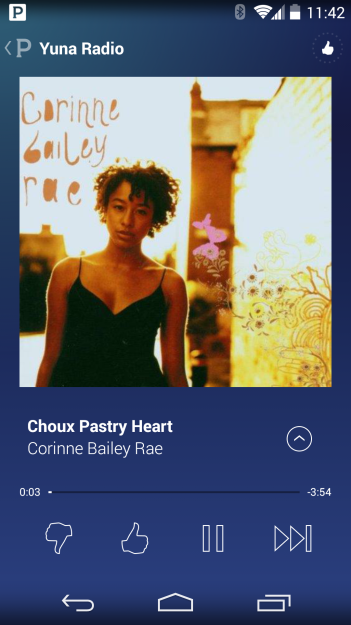 For comparison, here's how Pandora used to look. 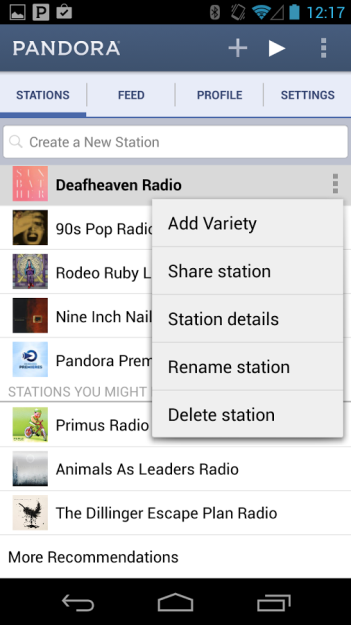 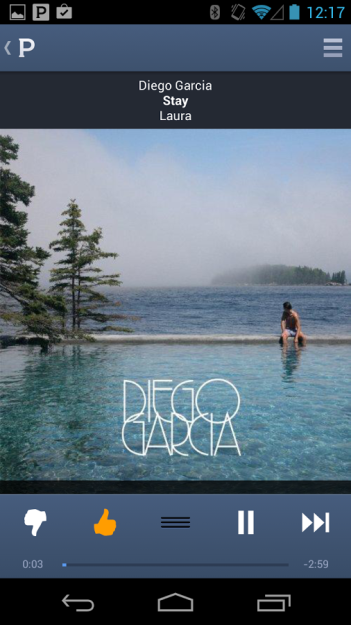 Regular Pandora users may have noticed in the new screenshots above that the "Quit" button is still present. Yup, the beauty is only skin deep with this one. While the app has a new look, the user experience is largely the same. That means you're still going to have to manually quit out of Pandora like it's some old 90s PC program. It sucks, but that's how it is.