Adobe has brought EchoSign over to Android, so now workers can use the mobile app to close deals with clients, job applicants can use it to sign contracts, and just about anyone can use it to put their John Hancock on any of the myriad of documents that require a signature. The app lets people e-sign documents using either their fingers or a stylus and/or request signatures from others. Even better, it happens to integrate with a number of cloud storage providers (Google Drive and Box make the list, but Dropbox, oddly, isn't mentioned). It also works with Adobe Acrobat, Adobe Reader, Evernote, and Sharepoint. 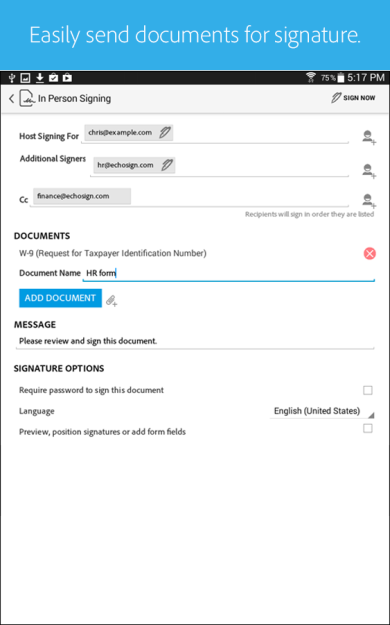 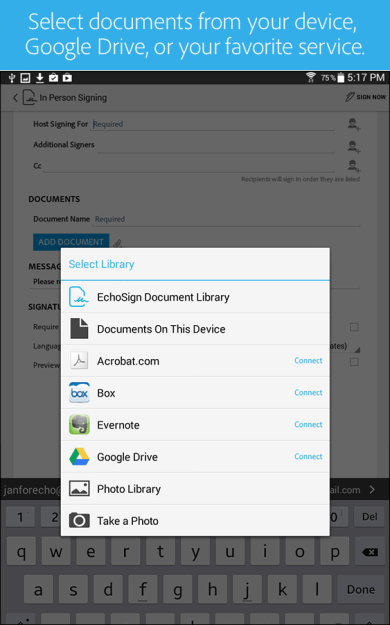 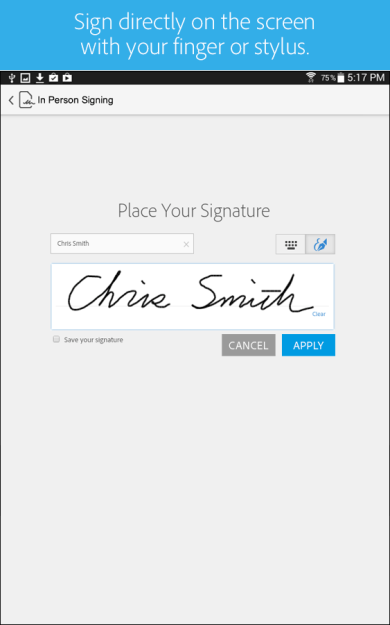 There are plenty of apps in the Play Store for getting work done, but certain tasks unfortunately require some proprietary standard to be accepted. Nevertheless, Adobe's EchoSign is accepted by businesses and corporations across various industries, so it does wonders for the Android ecosystem to have another app such as this one find its way over.

But before you rush over to give the app a shot, don't go in expecting to install EchoSign on your phone. Though Adobe doesn't explicitly say so, this appears to be a tablet only release. Keep that in mind as you pay the Play Store a visit. Microsoft's Universal Bluetooth Keyboard Will Work With Windows, Android, And iOS, Just Like ...